The Crush
by Heather Heyford 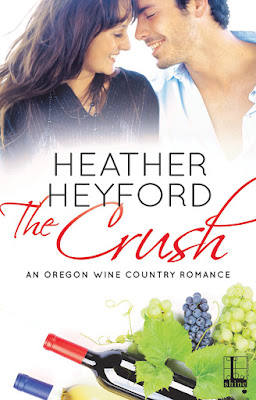 In the first of Heather Heyford’s new series, set in Oregon’s Willamette Valley wine country, the grape isn’t the only source of intoxication . . .

Juniper Hart has her dream job—or rather, her dream job has her. Under Junie’s management, the winery her late father started is finally getting noticed. But she’s lonely, deep in debt, and overwhelmed with work. Even if she had time to date, the only men she meets are smug, stemware-breaking hotshots like Lieutenant Manolo Santos, whose good looks and smooth charm don’t half make up for the sour taste he leaves on Junie’s palate.

After years as an army engineer and a childhood in a restaurant kitchen, Manolo can see Junie’s winery is about to go sideways—and he’s bursting with ideas to help. Except Junie’s far too magnetic for comfort. He left New Jersey to escape becoming one more Santos man shackled to a captivating woman and a failing family business. But in the misty hills of Oregon, with a sip of supple pinot on his tongue, pulling away is the last thing he wants to do . . . 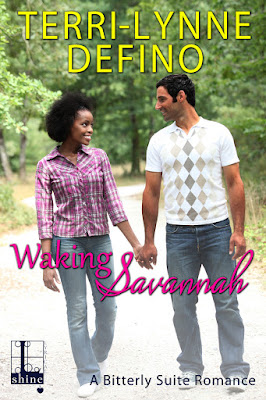 Bitterly, Connecticut, has been a haven for a woman shattered by painful memories—until a handsome stranger appears and threatens to awaken the ghosts of her past…

For the last eleven years, Savannah Callowell has led a peaceful existence in Bitterly. As the owner of an old farm, she’s mostly kept to herself, not daring to let anyone get too close. None of her neighbors know that she’s haunted by tragedy, and she’s done everything possible to escape her ghosts. She thinks she’s succeeding, until her new foreman shows up—and he’s far from being the college kid she was expecting…

A worldly former professor, Adelmo Gallegos has his own reasons for wanting to hide out on Savvy’s farm, and he isn’t about to share them with anyone, not even his enticing new boss. Still, Ade can’t help himself, the more time he spends with Savannah, the more he longs to lure her out of her protective shell. But how can he convince her that opening her heart is the only way to heal? Especially since he too has secrets he’s unwilling to share? Only when the past catches up with them may they be able to free themselves of it…

A pang of empathy hit him. “Don’t worry, Buttercup.” He crooked a knuckle under her chin. “Just wait till I get finished with this place. . . .”

That one square inch of skin fused them together like a magnet. His feet stepped closer of their own accord until the toes of his boots bumped hers.

Her lips relaxed and parted. He scrutinized every inch of her face, seeking fault . . . justification to quell his growing desire. It was true. Junie wasn’t a conventional beauty. Her features were a tad too strong, and freckles from working outside sprinkled her nose. But with no makeup diverting attention from them, her irises shone like sapphires. Even under the glaring summer sun, her naked skin was poreless, her cheeks downy as peach fuzz. She was like an organic fruit, imperfect on the surface but better for you in the ways that counted.

His body stiffened with lust. But this was no run-of-the-mill at- traction. An undercurrent of danger ran through it. His heart pounded like it did the moment his CO announced, “Operation mobile” unexpectedly and he knew all of his skills were about to be tested to the limit. At moments like that—when a man was never closer to death—he never felt more alive.

His fingers spread to cup her jaw possessively. He tipped her head back, sending her Ducks cap tumbling backward onto to the ground. Slowly, slowly his head descended until only inches sepa- rated their lips. His own jaw tightened with the effort of restraint. It took every ounce of self-control he had not to throw caution to the wind, rip that baggy white suit right off, and lay her down in the mid- dle of the vineyard in broad daylight. If she were any other woman . . . 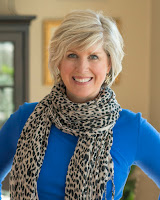 Heather Heyford learned to walk and talk in Texas, then moved to England (“Y’all want some scones?”). While in Europe, Heather was forced by her cruel parents to spend Saturdays in the leopard vinyl backseat of their Peugeot, motoring from one medieval pile to the next for the lame purpose of “learning something.” What she soon learned was how to allay the boredom by stashing a Cosmo under the seat. Now a recovering teacher, Heather writes romance, feeds hardboiled eggs to suburban foxes, and makes art in the Mid-Atlantic. She is represented by the Nancy Yost Literary Agency.

Terri-Lynne Defino - Writer, cat-wrangler, sparklequeen. My first fantasy novel, Finder, was published by Hadley Rille Books in October, 2010, followed by: A Time Never Lived in 2012, and Beyond the Gate in 2013. October 2015 will see the release of Seeking Carolina (first in the Bitterly Suite Series) from Lyrical, an imprint of Kensington Publishing, and my first attempt at romantic women's fiction.