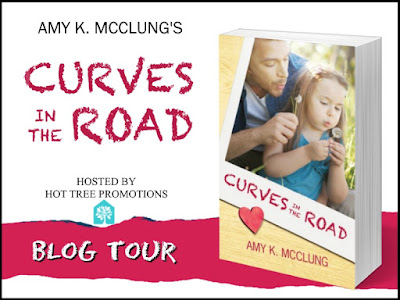 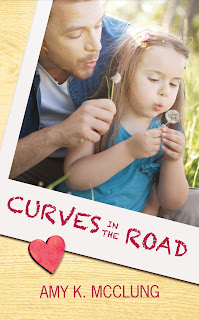 Living in Nashville with his daughter, Katelyn, single dad Derrick Collins’s main goal is to provide a good life for his daughter. With no social life to speak of, he knows it’s time for a change. He just needs to find the perfect woman who will complete his happy family. The problem is he’s already met her and let her go.

Mary Jane Evans’s life took a path she could only dream of. Though leaving her home in Nashville meant saying goodbye to childhood friends, family, and the first man she ever loved. Now she has to choose if she will return or continue her new journey.

With a decision to make, is it possible for two lost loves to find their way back to each other or are there too many curves in the road? 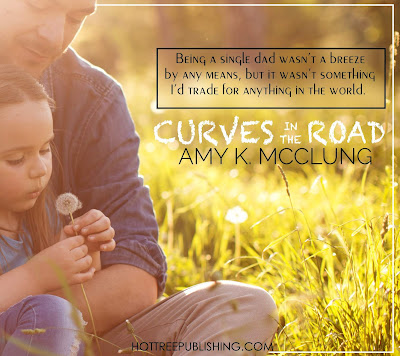 Most people fall in love several times over a lifetime, but one always sticks out more than others, whether you end up with them or they are the one who got away.

When I was five, I thought I was in love with my best friend, Jimmy, who lived next door. That changed when he fed my favorite Barbie doll to the dog, breaking my heart. When I was ten, I fell for my schoolmate Robbie when he helped me up after someone pushed me into the mud. My heart later shattered when my dad told me we were moving to the big city of Nashville from our small backwoods town in Kentucky, and I had to say goodbye to him. At fifteen, I fell for Marcus Jacobs, the smartest guy in school. He was our valedictorian, and I never told him how I felt. He “came out of the closet” after high school. And then I turned twenty-one and met Derrick Collins.

Derrick was the guy who made me realize that I’d never known love before I met him. Reading about toes-tingling, heart-stopping kisses, and romantic gestures, I always questioned whether such things existed. My lifelong question was answered the first time we kissed, and I felt it course through my body from my lips straight to my toes with electric pulses racing everywhere in between.

Growing up, I always had an issue with weight and never felt comfortable with the opposite sex. Puberty hit and my waistline expanded more than my breasts. Luckily, I had a growth spurt around sixteen. I was taller than average, five eight to be exact, with blonde hair and light green eyes, with that I was happy. My pants size was a different story. My hips were curvy, and my breasts caught up to them, although they didn’t point forward as much as my hips pointed outward.

With friends like mine who built my confidence every day, I thought I knew what it meant to feel beautiful. It wasn’t until the day I felt Derrick’s undeniable passion for me that I truly felt like the goddess Cameron always tried to convince me I was. I’d tried every diet known to man to be skinny; it just was not in the cards for me, and I’d come to terms with that fact. My body may not have been perfect, but I ate right, and I wasn’t lazy. It was just my luck I had a crappy metabolism that allowed me to maintain a softer, slightly rounder stomach. Did it frustrate me? Yes. I would’ve loved to be one of those women who ate anything they wanted and never gained a pound. However, life didn’t deal me that hand, and I’d become content with myself.

It’s true that having a boyfriend wasn’t the most important thing in life, but it sure was nice. I loved my time with Derrick. I didn’t need him to make me happy; I wanted it. Derrick made the sky bluer, chocolate taste sweeter, and the sun shine brighter, at least it seemed that way with him in my life. Prince Charming had nothing on this man. At times I became discouraged, but Derrick was there to make me laugh. Other than Cameron, no other man had told me I was beautiful in a way that made me believe it. He was practically perfect in every way, like a male version of Mary Poppins. Wow, that wasn’t sexy I guess, but if Derrick was one thing for sure, it was sexy. 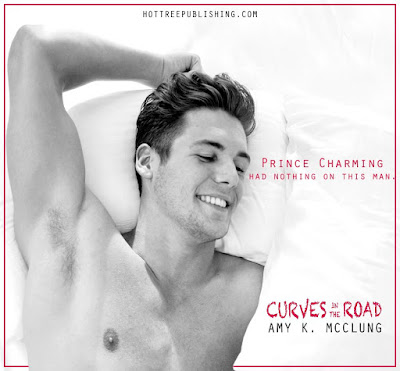 
Amy McClung was born in Nashville, TN. She is the second oldest of four girls and occasionally suffers from middle-child syndrome. She met the love of her life online in August of 2004, on his birthday of all days, and married him in September 2005.

Currently they have no human children, only the room full of colorful robots that transform into vehicles and the large headed Pop Funkos who represent their favorite characters. Collecting movies, shot glasses, Pop Funkos, and dust bunnies are some of her favorite pastimes.

Amy began writing in September of 2011 and independently published her first YA novel, Cascades of Moonlight, Book one of the Parker Harris series the following May. Her first book was a means of therapy for her, enabling her to escape reality for a while during a difficult transition in her life.