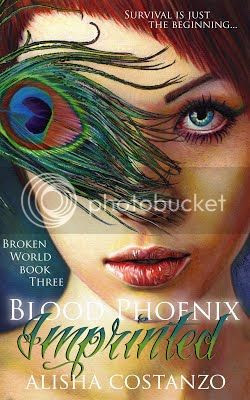 With an old war raging between vampires and shifters, Ria must learn to refocus her life if she's going to survive.

Her renegade fight was just the beginning. The queen is recruiting new soldiers. Ria's going on vicious missions with her battle buddy. And her explosive abilities are malfunctioning at inopportune moments.

So now, Ria must forgo her selfish desires to compartmentalize her life, but what's she to do when she can't save everyone she wants to? One girl may not be capable of taking down an empire. Good thing Ria's got help.

We played party games. Ari and I taught the boys, even Mark, how to play Drug Dealer, a social card game where each player drew a card and a role: the drug dealer, the cop, and the buyers. The dealer had to wink at the buyers and sell to them all before the cop caught him. Wink at the wrong person or the wrong time, and the cop would bust you. Ari and I loved to play it at parties with the girls and even some of the guys. Although when we played with guys, people got distracted quickly, which meant it fell apart.

Surprisingly, Mark played a good cop and Brad a good dealer. Even more surprising, Mindless sucked at the game. Maybe he’d gotten too high for it.

After our seventh run at the game with an average of twenty minutes a round, I threw down my jack—making me the dealer—when Mark busted me. “I need more cake.”

All of the other food disappeared long ago, most of it gone directly after Mark emerged from his room. I ate my fourth slice as the boys dealt another round, and Ari sauntered my way, her touch lingering across her wolf’s shoulders.

“I’ve got something special for you, but I didn’t want to give it to you in front of the boys.” A small envelope slipped into my hands, and curiosity dug her tiny nails into my nerves. I tore it open and pulled out a pale green card.

My fingers shook as I flipped the card.

On the back she’d printed my love.

Ari translated Boden’s nickname for me: something so simple, yet she did this to me every time.

I grabbed hold of her, hugging her a bit harder than I should have, but she didn’t tap out. “Happy un-birthday, baby doll.”

“Is it gift time?” Oliver joined us, bottle of wine in hand. As many as he had, he didn’t show it. Handsome as always, he wore thick-rimmed glasses today, accentuating his prominent Greek nose. Were they just for show or did he normally wear contacts?


“I didn’t want to make anyone else feel bad if they didn’t get her anything. You know how kind and selfless I am.” Ari kept her face straight for another few seconds before her smile broke.

“Well, Chris and I have a gift for our vampire friend. Something we’ve had for a long time but didn’t know what to do with.” He presented me a long, flat, blue box wrapped in a wide, white ribbon.

My pulse jumped. I didn’t expect anything, even after Ari announced the un-birthday party in my honor. I slid the ribbon off the corner and pooled it on the small table. The top came off with a silent puff, opening to white tissue paper and a glittery, iridescent feather the length of my forearm. Tuffs bloomed around the bottom, silver and gold, gradually darkening as the feathers reached for the tip of the vane, which was a saturated royal red. My fingers brushed the hollow shaft, and energy zapped me.

“I suppose we were merely keeping it until its rightful owner showed up.” 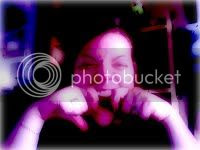 Alisha Costanzo is from a Syracuse suburb. She earned her MFA in creative writing from the University of Central Oklahoma, where she currently teaches English. She's the author of BLOOD PHOENIX: REBIRTH, BLOOD PHOENIX: CLAIMED, BLOOD PHOENIX: IMPRINTED, and LOVING RED, and co-editor of DISTORTED. UNDERWATER, and AFTER THE HAPPILY EVER AFTER. She’s currently editing her new 2017 fire-themed anthology, writing about Ria’s father, and crafting her new YA novel for its 2018 release. In the meantime, she will continue to corrupt young minds, rant about the government, and daydream about her all around nasty creatures.