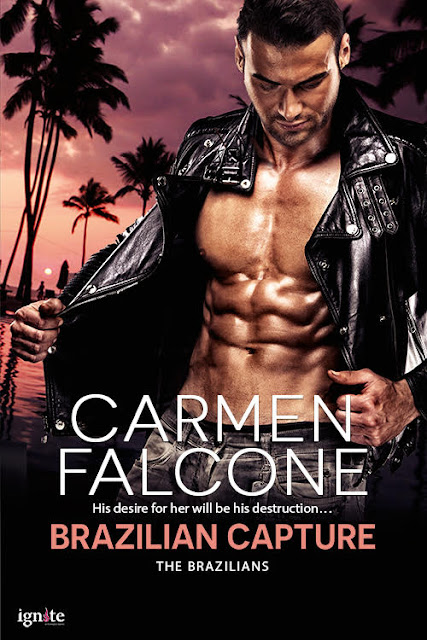 
Financier turned activist Emanuel Duarte has promised he would find the one witness who can testify against real estate developer Silas Lancaster. Sick of having every attempt at exposing Silas shut down, Emanuel wants to honor a promise he made, and takes from his opponent what matters most—his beautiful daughter Erika. Only he gets more than he bargained for with the tempting—and frustrating—woman.

Fundraiser and socialite Erika Lancaster can’t believe she’s been kidnapped. Her sexy captor is feeding her lies about her father that she refuses to swallow. Emanuel’s plans will hurt her and ruin her mother’s legacy—and that she can’t allow. Desperate to find a way out of the lush Brazilian jungle, she decides there’s only way to disarm the enemy—seduce him.

But her plan backfires and soon she realizes that seducing the enemy comes with a hefty price…loving the enemy simply isn’t an option.

“Call my father now. I’ll talk to him, and we’ll straighten

this out.” She looked for the clutch that she had placed next

to her when she sat.

“No.” He lifted her clutch, the same one he’d slipped

from her when she’d been looking out the window. “Not

yet.” There was no way she’d run the show and call Daddy so

he’d come rescue her. The plan was clear—Emanuel would

take her out of Boston, hell, out of the U.S. for a while, and

“Give me my purse,” she said, and before he could deny

her, she launched onto him, her warm, soft body colliding

with his. She raised the hem of her dress to give her a clear

advantage, and reached for his hand. Playfully, he passed it

from one hand to the other, and she followed his movements,

until he placed it behind his back, and she straddled him.

He swallowed, inwardly cursing his cock for responding

too quickly. So, so eagerly. He placed his hands on her hips,

bringing them into a perfect position to ride him. She gulped,

her eyes widening. “Careful,” he said. “You make me think

of other things I’d like to give you. And maybe you wouldn’t

oppose given your current position.”

Even under the dim lighting of the limo, the pink staining

her cheeks was visible. “What? You wouldn’t dare.”

He shouldn’t, for sure. Would he? The thought played in

his head like a lazy, melodious Bossa Nova song. “I would

never take a lady against her will,” he said, but couldn’t help

the smile spreading across his face. “Although in your case

maybe it would be mutual.”

She lifted her hand and slapped his face. The sound of

her palm hitting his cheek sliced the air. An annoying sting

burned his flesh. “You’re… crazy. To think I would ever…”

Instead of scowling at her for the smack, he stroked her

deepen. “Sleep with the enemy? Don’t they say love and

hate walk together? Lust and repugnance aren’t far behind,”

he said, and leaned into her, the fresh scent of daisies filling

She widened her eyes and jerked away from him. He

could have grasped her if he had wanted to emphasize his

point, but she seemed scared enough. Or was it fear of her

“Well, in this case lust is about three hundred miles

behind. I guarantee you. So you’re not going to let me call

my father. Who is this person you think my dad has in his

possession?” She crossed her legs and smoothed her hand over her dress.

“Someone who knows the truth and your father doesn’t

want exposed,” he said, hoping that much would be enough

She frowned. “What truth?” 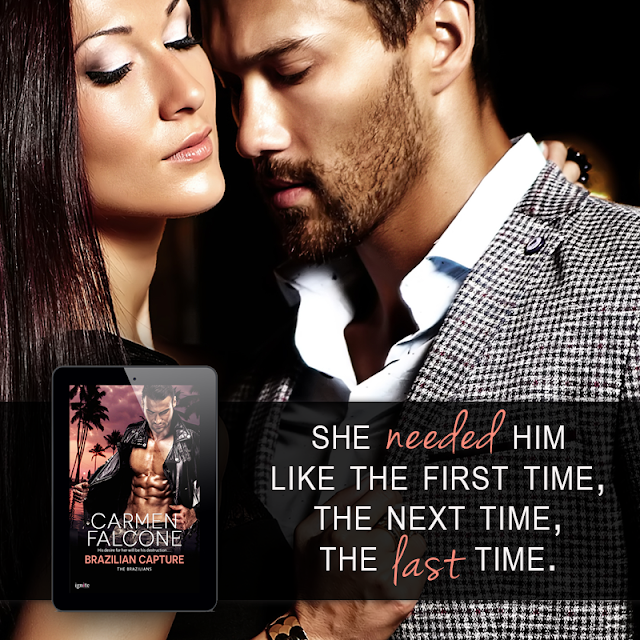 Carmen Falcone learned at an early age that fantasizing about fictional characters beats doing math homework any day. Brazilian by birth and traveler by nature, she moved to Central Texas after college and met her broody Swiss husband—living proof that opposites attract. She found in writing her deepest passion and the best excuse to avoid the healthy lifestyle everyone keeps talking about. When she’s not lost in the world of romance, she enjoys spending time with her two kids, being walked by her three crazy pugs, reading, catching up with friends, and chatting with random people in the checkout line.