Enter below for a chance to win a $5.00 Amazon Gift Card
from TK Lawyer! 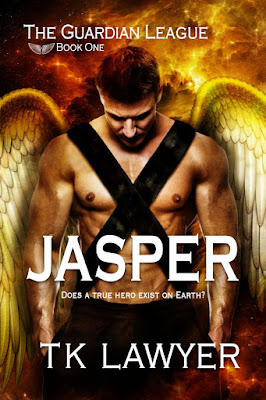 Tatiana seeks rare, coveted treasure: a strong, loving, committed male she can respect, be proud of and become her full-fledged, partner. She has sought this elusive prince among men, her own personal champion but instead found many, many frogs and quite a few toads. Does her hero exist on Earth or did she miss her opportunity?

Jasper isn’t seeking a mate. His only intention is to rescue Tatiana from a fatal car accident, but he finds himself drawn to her in ways he can’t explain. She’s a rare, precious gem and there’s no turning back for him. He must know her and introduce himself in some sort of “human” fashion, at some sort of “human” event, for he is not of Earth.

Once Tatiana finds out Jasper’s true identity, will she accept and trust him? Will Tatiana allow herself to enter into a permanent, loving relationship with an unearthly but powerful being who only wants to adore and protect her? 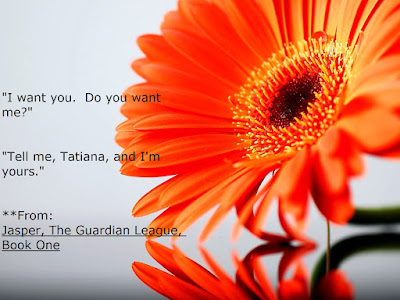 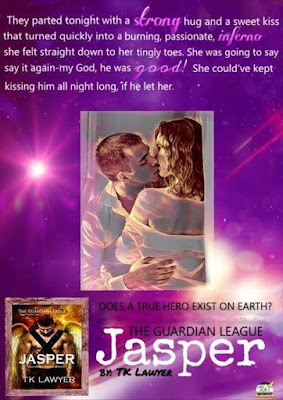 Tell us about Jasper, The Guardian League, Book One.


Jasper rescues Tatiana on an assigned mission from the Guardian League but little does he know their chance encounter will lead to so much more.

Tatiana is searching for a good man but she has tried and tried and has not found him. She wonders if he is alive or even exists on Earth. When she encounters Jasper, she figures she’s won the jackpot though she never bought a ticket but he is too good to be true and after time passes, he has her wondering if something’s amiss.

What initially inspired you to write Jasper, The Guardian League, Book One?

The idea of an angel coming to Earth, falling in love and deciding to take on a human mate intrigued me and so was born Jasper, The Guardian League, Book One.

Tell us little about the characters in Jasper, The Guardian League, Book One.
Jasper- amazing, young Angel who is not searching for love but is fascinated by the female he saves from a tragic car accident

Tatiana- your average human being, awestruck that she’s met an incredible man who is interested in her and is genuine and honest, when men in her past weren’t. When she finds out he is unearthly, it’s a bit of a shock and an adpatation

Jake- Dee’s boyfriend. He is relaxed and casual about the relationship he has with Dee but underneath his cool exterior he really loves her

Getting it finished. Haha. Jasper is a long book but it is fun. Jasper has a great sense of humor and it keeps you interested and reading page by page till the end. The book introduces all the Guardian League members toward the end so you get a sneak peek into the lives and loves of the others in the League and how they all get along.

Jasper. Angels are so amazing. I found it really fun to write about how I perceive Angels to be: patient, loving, protective but with a human-like edginess to them once their patience is tested.

I wanted to bring about a series of stories where you encounter the highlights and the frustrations of being with an angelic being, touching on subjects not found in Paranormal Romance books, in general. Little things like Angels knowing what you’re thinking, where you are at all times or the better path for you in your life can be a bit aggravating to an independent, freedom loving human being but these are also what makes Angels so wonderful, too, because they always have our best interest at heart and even though they are powerful beings they will never use their strengths against us.

Angels are essentially ethereal beings and because of this, you can do so many fun things with Angels in books, creating powers and abilities that human beings can only fathom.

I have submitted my fourth Guardian Angel in the Guardian League Series, Aeron, to my Publisher for consideration and am currently in the process of editing Nightfall, a wolf shifter book that was my first book published but is now out of print. Nightfall will be the next to be published once it has gone through the editing process.

Is there anything else you would like to tell the readers about this book/series?
Each book in the Guardian League Series is a stand-alone book with an HEA. The books can be read in any specific order the reader likes. I did this on purpose so that readers can pick the Guardian Angel that stands out to them the most and read that book first and not be lost within the series. So enjoy the books in any order your heart desires. All of the Guardian Angels are amazing and waiting for you to read their stories.

The sporadic green and brown patches of grass crunched under her feet as she made her way back to her car. Circling around it, she found what she was looking for but hoping not to find. The jagged, crushed, concave metal on the driver’s side was a jarring reality check. The metal was so deeply gouged into the driver’s seat that she knew just by glancing at it that there was no way the driver’s side door would open. She looked into the car as much as she could, trying to walk around the varied sizes of broken glass dotting the surrounding area. Her head jerked up as a shrill noise increased in intensity and approached her. It was an ambulance followed by a fire truck. Someone had called 911. She looked back at her car and gulped as she saw the devastation she couldn’t deny happened. She looked at her car with incredulity and fascination as she peered in at the jagged, wicked, broken pieces of metal that would’ve pierced her body completely, rupturing through her left torso all the way down to her left leg.

Reality settled in and the gravity of the situation gave her a cold shiver straight down her spine. She shouldn’t have survived. At the very least, the firemen would’ve had to use the Jaws of Life to pry her out. What could’ve taken several hours to extricate her from her car only took a few minutes with the help of the handsome stranger that was, somehow, no longer around. How was she walking around, with only a few bruises across her left arm and a red rash across her face where the airbag burned her when it deployed? It was nothing short of a miracle. She glanced down at her legs and found nothing wrong with them; not even tightness or any type of soreness to claim. There was no rational explanation for what happened.

Welcome to my world-

I have always had an interest in the strange and unusual and I’m a romantic by heart. So how did I come into writing, you ask? Well, I stumbled into it. Yeah, that’s pretty much what happened. I never pictured myself as a writer but sometime in 2011, craving some kind of excitement and adventure in my life; I jotted down a few notes for a book idea and never looked back. Funny part is, the notes I wrote never became a book, instead I took on subjects as wolf-shifters and angels and created their worlds and I have loved every minute of it.

I write passion-filled paranormal romance- weaving tales of alpha males willing to do anything for the one feisty, curvaceous, strong-willed woman who has won their heart. They will go to any length to please their mate, in and out of the bed.

I invite you, lovely readers, to enter my world, relax in an easy-chair, sip a soothing beverage, stay and be entertained. I write for you.