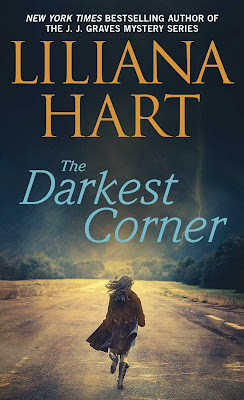 How did you come up with the idea for this story?

I always see my books like movie scenes, and I kept having this recurring scene pop into my head of these very sexy, built special ops guys, stripped to the waist in the pouring rain and mud, digging up a grave. I had no idea what the story or premise was at that time, but I knew that scene was going in the book.

I started talking it over with my husband (as I do for every book when it’s just forming in my mind) and we came up with The Gravediggers as a special ops group unlike any other. They were all exceptional with their own intelligence agencies, but for them to form the most elite group of agents, they had to “die” in their former life and be reborn with a new identity, leaving their family, friends, and past behind them.

Where do you find your inspiration?

I’m an observer of all things. I’d much prefer to sit back and listen to conversations and watch how people react and their body language than be part of the conversation. But I’m an introvert, so that has a lot to do with it too.

Is there anything you find particularly challenging in your writing?

Love scenes are usually the most challenging thing for me to write. I’ll skip over them for the most part, and then go back and write them at the very end.

What are your current projects?
I’m actually taking a break for a little while, and I plan on enjoying the summer with my family. I wrote seven novels and two novellas in the last year, and I’m pooped. But I’ll start back up in the fall again. I’ve got another JJ Graves book coming in 2018, as well as another Addison Holmes, and more of The Gravediggers.

Tell us about your first book. What would readers find different about the first one and your most recent published work?

The first book I ever wrote was Kill Shot, though it had a different title in the early days. That version never saw the light of day, but after I’d written several books, I went back and rewrote the entire thing because I loved the premise so much. I’ve always been a character writer, so that hasn’t changed, but every book I write is better than the previous, which is as it should be.

Does music play any type of role in your writing?

I’ll occasionally listen to movie soundtracks while I’m writing particular scenes, but for the most part I like to write in silence.

Can you share a little of your current work with us?

I said before I’m taking a bit of a break from fiction, but I am working on some non-fiction with my husband. We’re blessed to be a strong blended family, and we’ve found there just aren’t a lot of resources out there for blended families, so that’s what we’re working on.

How can readers discover more about you and your work?

They can visit my website at www.lilianahart.com, or they can check out my author page at Amazon. I’m also very involved on social media, and I encourage all fans to join the Liliana’s SWEETharts group on Facebook. We do a lot of book discussions, and readers get the opportunity to get to know me on a more personal level.

Do you have a special time to write? How is your day structured writing-wise?

I do well in unstructured environments. I hate sitting at a desk and having set work hours. I usually work best first thing when I wake up, which is not early because I’m not a morning person. And then I’ll hit a lull mid-afternoon. I’ll get a second wind again about ten o’clock at night and work well into the early hours of the morning.

What is for you the perfect book hero?

I love flawed heroes. Especially flawed alpha heroes. They have issues, especially if they work special ops. There are things they see and deal with that the rest of us can’t understand, but with those things are psychological quirks that really make them a challenge in relationships. I love digging into my heroes a little deeper and discovering how to make the relationship between him and the heroine work.

When you start a book, do you already have the whole story in your head or is it built progressively?

Nope. I never have a clue what’s going to happen in the story until I sit down and start writing for the day. I like to be surprised.

Will you write more about these characters?

Yes, there are two Gravediggers who are begging for a story. More to come on that later.

New York Times and USA TODAY bestselling author Liliana Hart's first book in her suspenseful Gravediggers series, featuring an elite group of mysterious men who might be dead to the world, but are also tasked with saving it—and no one can ever know.

The Gravediggers aren't exactly what they seem. They're the most elite of the world's fighting forces—and all they have in common is that they've been betrayed by the countries they've died for. Because they are dead. To their country, their military, and their families.

Sometimes the dead do rise...

Deacon Tucker is a dead man walking. A former black ops agent, he was disavowed and stripped of all honor before being recruited as a Gravedigger. But his honor and good name no longer matter, because no one knows he's alive, and he'll never get the recognition he deserves. His mission is simple: save the world or die trying. And for God's sake, don't ever fall in love. That's a rule punishable by death. The kind of death a man can't be brought back from.

Tess Sherman is the only mortician in Last Stop, Texas. She has no idea how Deacon Tucker ended up in her funeral home, but she'll eat her hat if he's only a funeral home assistant. Deacon is dangerous, deadly, and gorgeous. And she knows her attraction to him can only end in heartache.

Liliana Hart is a New York Times, USA Today, and Publisher's Weekly Bestselling Author of more than 40 titles. After starting her first novel her freshman year of college, she immediately became addicted to writing and knew she'd found what she was meant to do with her life. She has no idea why she majored in music.
Since self-publishing in June of 2011, Liliana has sold more than 3 million ebooks and been translated into eight languages. She's appeared at #1 on lists all over the world and all three of her series have appeared on the New York Times list. Liliana is a sought after speaker and she's given keynote speeches and self-publishing workshops to standing-room-only crowds from California to New York to London.
Liliana can almost always be found at her computer writing or on the road giving workshops for SilverHart International, a company she founded with her partner, Scott Silverii, where they provide law enforcement, military, and fire resources for writers so they can write it right. Liliana is a recent transplant to Southern Louisiana, where she's getting used to the humidity and hurricane season, and plotting murders (for her books, of course).