The author will be awarding a $15 Amazon or Barnes and Noble GC to a randomly drawn winner via rafflecopter during the tour. Please visit GoddessFish.com to follow the tour, remember the more you comment better your chances on winning. 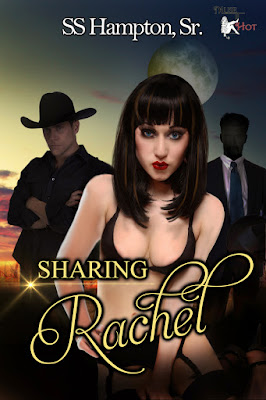 Burt and Rachel Markham are ordinary small business owners of a seed & feed store in a small Kansas farming and ranching community. Many years before, as young university graduates eagerly anticipating exciting overseas employment, a lifetime in Kansas was the furthest thing from their minds, particularly Rachel who was raised overseas and dreamed of going back. By July 2013 their twin 18-year old daughters, having graduated high school several months before, go east to attend a university. Burt and Rachel settle into their new life of an empty house and a predictable and unchanging routine that threatens to stretch far into the future. One summer evening Burt has an idea—but will Rachel accept the idea? If she does, will the idea add new excitement to their marriage, or destroy it?

The storms passed and the humid summer heat returned. The feed store remained busy. The trains rumbled past Four Corners, past their home, as they had done for the past two decades. Burt always thought that the late night train whistle that echoed across the moonlit prairie was one of the loneliest sounds he ever heard…
…Rachel announced she was going for a swim. She poured a glass of Sauvignon Blanc for herself and picked up a CD player. She usually listened to classical music, waltzes, and operas when floating in the pool. There was a chakra wind chime hanging near the pool for the times when she felt like floating in near silence except for the chimes and the sound of the prairie wind.
A few moments later Burt followed with beer in hand. Maggie trotted behind him, rawhide bone in her jaws. Classical music floated through the night; fireflies played hide and seek among the neatly trimmed hedges along the perimeter of the yard. Others drifted in and out of the nearby cornfield, while the insects of the night droned on in disharmony…

A thought was born.

“Dammit,” Burt whispered to himself in disbelief…disbelief and excitement. And trepidation. What would her reaction be? What would she say? Could he even find a way to suggest it?

He returned to the poolside. Her eyes were open. Moonlit water droplets on her beautiful face sparkled like tiny diamonds.

Stan Hampton, Sr. is a full-blood Choctaw of the Choctaw Nation of Oklahoma, a divorced grandfather to 13 grandchildren, and a published author, photographer and photojournalist. He retired in 2013 from the Nevada Army National Guard with the rank of Sergeant First Class; he previously served in the active duty Army, and the Army Individual Ready Reserve (mobilized for the Persian Gulf War). He enlisted in the Nevada Army National Guard in October 2004, after which he was mobilized for Federal active duty for almost three years. Hampton is a veteran of Operations Noble Eagle and Iraqi Freedom, with deployment to northern Kuwait and several convoy security missions into Iraq.
He has had two solo photographic exhibitions and curated a multi-media exhibit. His writings have appeared as stand-alone stories and in anthologies from Dark Opus Press, Edge Science Fiction & Fantasy, Melange Books, Musa Publishing, MuseItUp Publishing, Ravenous Romance, and in Horror Bound Magazine, The Harrow, and River Walk Journal, among others.
As of April 2014, after being in a 2-year Veterans Administration program for Homeless Veterans, Hampton is officially no longer a homeless Iraq War veteran.
In May 2014 he graduated from the College of Southern Nevada with an Associate of Applied Science Degree in Photography – Commercial Photography Emphasis. He has been studying at the University of Nevada-Las Vegas with in a double major in Art and English. However, he is presently spending a cold, rainy Spring 2017 semester studying at a university in southwestern France in the shadow of the Pyrenees Mountains.

But, after 16 years of brown desert in the Southwest and overseas, he misses the Rocky Mountains, yellow aspens in the fall, running rivers, and a warm fireplace during snowy winters.