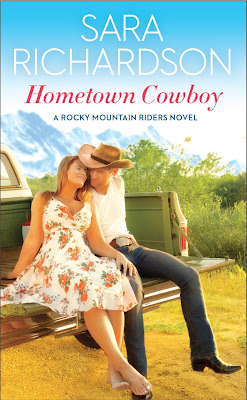 NEVER FALL IN LOVE WITH A COWBOY

Jessa Mae Love is done with relationships. No matter how tempting he might be, she cannot--will not--fall for a man like Lance Cortez. The outrageously handsome cowboy is practically a living legend in Colorado, as famous for riding bulls as he is for breaking hearts. What would a big-time rodeo star like him see in a small-town veterinarian who wears glasses, rescues animals, and cries when watching rom-coms? Turns out, plenty.

Raising bulls, riding the circuit, and looking after his ailing father--Lance never stands still for long. Yet Jessa catches his attention, and the more she tries to resist him, the more he wants her. When she agrees to move to the ranch to keep an eye on Lance's dad, Jessa tells him they have to keep it professional: no flirting, no sweet talk, and definitely no kissing. But with Jessa now living under his roof, that's easier said than done . . . 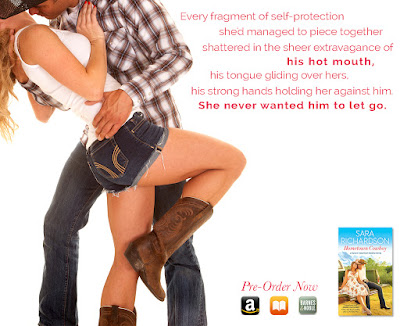 Jessa wasn’t sure if she was out of breath due to the terrible thong ordeal or to the fact that the elusive Lance Cortez looked so different up close. She’s seen him around town since she’d been back, but she’d never looked at him that closely. He’d never looked at her the way he was now, either. Eyes open slightly wider than a normal person’s, lips parted like he couldn’t remember what it was he’d wanted to say.
Yes, well, neither could she. Not with the sight of his dark hair, which curled slightly at the edges. It was mussed like he’d been nervously running his hand through it all morning. And those eyes. An arctic blue-gray. Cutting. He wore a dark red flannel shirt with the sleeves pushed up over his bulky forearms. His jeans were faded and worn like he worked hard, which she’d heard he did.
“So…” His voice had this deep soothing reverberation that made her want to curl up against him. “Did you fall or something?”
Or something. “I was in the kitchen making coffee,” she informed him, trying to smooth her hair into soft waves like it had been before she’d gone to battle with the couch. “Wasn’t expecting anyone to show up at my door…” Especially the enigma that was Lance Cortez. “So I panicked and was trying to get back to my room without giving you a show.” Which was clearly too much to ask from the universe.
“Oh.” His gaze seemed to fixate on the leopard-print thong that lay a mere two feet from his boots.
As swiftly as possible, she swiped it off the floor and shoved it into the pocket of her robe. “Um. Did you need something, Lance?” Because her humiliation meter was about tapped out for the day and it wasn’t even seven o’clock.
“Right. Yes.” That intense gaze pierced her eyes. “Dad spent the night out on the mountain and I need you to tell me how to find him.”
The news shocked her into stillness. “He spent the night out there?” Luis hadn’t said a word about camping when she’d talked to him Wednesday night. Though he did camp occasionally, he usually told her his plans.
“I’m sure he’s fine,” he went on. “His sleeping bag is gone, which means he planned on being out all night. But he didn’t bring his meds.”
Though she tried not to panic, her mind hopped on a runaway train car of worst-case scenarios. So many things could’ve happened to him…he could’ve taken a fall. He could’ve gotten turned around. He could’ve had a heart attack like her father… 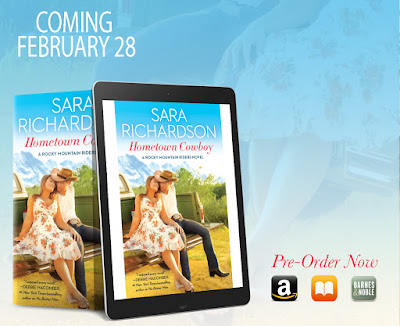 BIO:
Sara Richardson grew up chasing adventure in Colorado’s rugged mountains. She’s climbed to the top of a 14,000-foot peak at midnight, swam through Class IV rapids, completed her wilderness first-aid certification, and spent seven days at a time tromping through the wilderness with a thirty-pound backpack strapped to her shoulders.
Eventually, Sara did the responsible thing and got an education in writing and journalism. After five years in the corporate writing world, she stopped ignoring the voices in her head and started writing fiction. Now, she uses her experience as a mountain adventure guide to write stories that incorporate adventure with romance. Still indulging her adventurous spirit, Sara lives and plays in Colorado with her saint of a husband and two young sons. Her first contemporary romance, No Better Man, was released by Grand Central forever 2015.
AUTHOR LINKS: Website: www.sararichardson.com
Facebook:  https://www.facebook.com/sararichardsonbooks
Twitter:  https://twitter.com/SaraR_Books
Instagram: https://www.instagram.com/sarar_books/