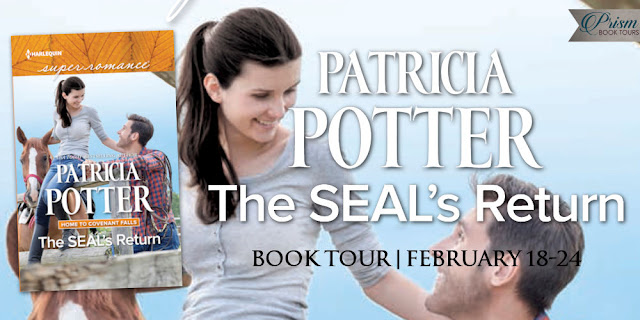 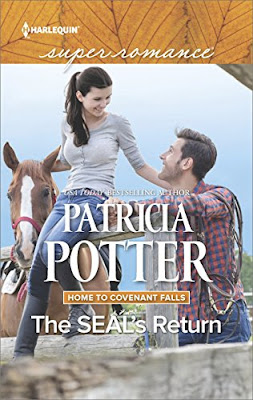 This is the home he never expected…

With a terrifying ordeal behind him, former navy SEAL Jubal Pierce was supposed to stay in Covenant Falls, Colorado, for only a day or two. That's it. He's not prepared to put down roots here—no matter how intriguing the town's new doctor happens to be. Not to mention Dr. Lisa Redding's teen brother is on a troubled path that's all too familiar. Suddenly Jubal finds himself entangled in the community and with deep, unfamiliar feelings for Lisa. But maybe a little detour is just what a warrior needs to find his true purpose…and true love.

One of my favorite aspects of writing is research. I have endless curiosity about nearly everything and everyone. I truly enjoy it when writing takes me to new places.

In The SEAL’s Return, I went on many journeys through Google. The first, of course, was about SEALs, the training they take, the type of missions they undertake, the various ranks, etc. One aspect that was important to the story was SEAL compensation. They start at the same as other services but receive additions as their skills increase: underwater demolition, diving and parachucting, etc. They also receive bonuses as high as $150,000 for re-enlisting.

After spending days visiting various SEAL websites as well as reading several books written my SEALS, I had to research medical education and the requirements for moving a medical license to practice from one state to another along with protocol for several different illnesses.

Next on the list was horses. They play a major role in the book. I spent several weeks studying various breeds, the prices for good Quarter Horses, the size of a small working ranch, the intricacies of barrel racing (which was only several paragraphs in the book), how to teach a novice rider and, finally every last detail in the delivery of a foal. Did you know that foals are usually born at night? There’s a reason: instinct. In the days when horses ran free and were vulnerable to prey, they usually gave birth at night so the foal could run with the herd the next day. That instinct remains with them today.

I consider these tidbits treasures to both myself and my readers.

Some of the interesting stuff I’ve found in the past is the number of tax havens available to the criminal element, including one off the coast of England. It was for a suspense novel, and I kept expecting the IRS to come knocking on my door.

On another, I downloaded the entire U.S. Army manual for court martial for another suspense novel. I could almost run one now.

And currently I’m researching horse therapeutic programs for veterans which will play dominantly in my next book. Google, here I come! .

My problem is, and always has been, a tendency to throw too many of these oddities or research in a book. But I have tried to tame myself. I just hope it’s a good mix for you.

Patricia Potter is the USA Today Bestselling Author of more than fifty books. She has received numerous writing awards, including RT Storyteller of the Year, its Career Achievement Award for Western Historical Romance and its Best Hero of the Year Award. She is a seven-time RITA finalist and three-time Maggie Award winner. She has served as president of Romance Writers of America. The SEAL’s Return is her fourteenth book for Harlequin.

Prior to writing fiction, she was a reporter for the Atlanta Journal and president of a public relations firm.