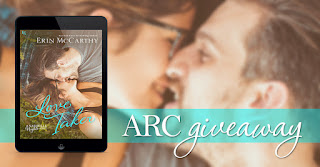 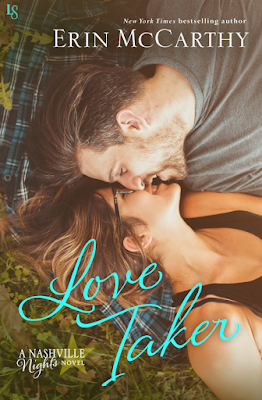 The Nashville Nights series is burning up backstage in this sensual friends-to-lovers novel featuring a good-guy cop and a woman who’s been looking for Mr. Right in all the wrong places.

Pretty-boy musicians are a fixture of the Nashville country scene—and Elle Hart, hairdresser to the stars, is beginning to think that they’re all total pricks. Elle’s dating choices have been a disaster, but at least she has Tucker. Though he’s easy on the eyes, no one would ever accuse Jason Michael Tucker of being a pretty boy. The humble and handsome sheriff's deputy from Elle’s hometown has always been there to comfort her—until the evening their friendship unexpectedly leads to the best sex Elle has ever had.

Tucker has been lusting after Elle since they were an item as teens, but he knows that their wild night of passion is a one-time thing. He’s an old friend, nothing more, and they’re too different to become a couple just because they’ve knocked boots. After all, she hates being back in their hometown, and he’s not so fond of the big city. But when Elle comes to Tucker with news that changes everything, he must help her come to grips with her traumatic past—or risk losing her forever. 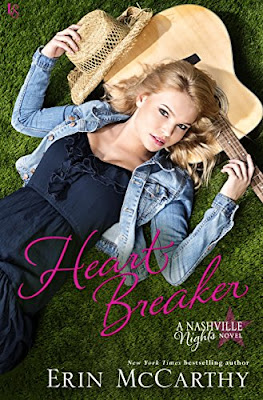 They’re perfectly in tune—but only when it comes to their music. This sizzling romance from New York Times bestselling author Erin McCarthy follows Nashville’s hottest country music duo as they fight for love in a city where dreams often cost a broken heart.

Self-made singer/songwriter Jolene Hart loves everything about being on top in Nashville. Well, everything except her very public breakup with Chance Rivers, her sexy masculine other half. Once the hottest duo on the scene, they turned Music City on its ear. Now their careers are as cold as their relationship. Which is why their manager has practically locked them in a remote cabin with nothing but a guitar, a bed, and time to do what they do best: make some beautiful music together.

As Nashville royalty, Chance has big boots to fill—and the pressure that comes with ’em. He fell hard for Jolene, but he couldn’t handle the spotlight, the crowds, and the fights that made headlines and killed any notion that love and success could go hand-in-hand. Still, Chance is more than willing to rekindle the one thing that worked: the wild passion behind their hit songs. Soon they’re making up for lost time, in the steamiest ways possible. But Chance finds himself wishing for the impossible: that their intimate hideaway could last forever.

“Chance and Jolene felt real to me. Their problems felt real. And their attraction felt out of this world. I loved them both separately and together. . . . For any music romance fan, I highly recommend Heart Breaker. It was a whole lot of fun, and I can’t wait to see what else McCarthy brings with this new series.”—Harlequin Junkie

“Happy endings are satisfying, and this one felt really satisfying because Chance and Jolene had to work for it. The character development nailed it for me. . . . I’ll definitely snatch up the next one when it comes out.”—The Romance Factor

“Watching these two find each other again is not only sweet and hopeful, it’s funny and witty. Sure they had to go through some hurt to get there, but it made it worth it in the end. It made them stronger for it. . . . [Heart Breaker is] a wild ride of ups and downs, fun and laughter.”—Books & Boys Book Blog

Includes a special message from the editor, as well as an excerpt from another Loveswept title. 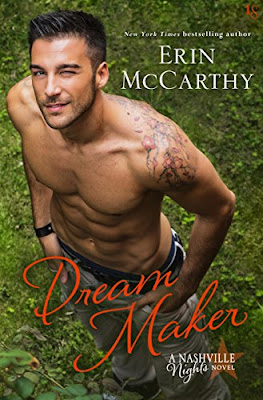 The bestselling author of Heart Breaker returns with another sultry Nashville Nights novel of country hits and stolen kisses, as a one-night stand turns into the beginning of an irresistible partnership.

Shane Hart loves the ladies. Like hit records, he can never have too many. Shane swore long ago never to treat a woman the way his abusive father treated his mother, but his traumatic past has kept him from making any solid commitments—even to a fiery redhead like Avery O’Leery. Shane’s happy enough to rescue her from a tight spot, but that’s as far as their connection goes—until their unforgettable liaison has him rethinking his impulse to love ’em and leave ’em.

Avery has big plans: first, shake the dust of small-town Kentucky from her boots; second, become a bona fide songwriter; and third, keep the truth hidden about her birth father from everyone in Nashville. Nowhere on that list is she supposed to land in bed with a sexy stranger who rescues her off the street at midnight, especially if that stranger is Shane Hart. Avery’s trying not to fall for the dreamy music producer who could make or break her career. But her best-laid plans seem to be no match for a love that feels like destiny.

Includes an excerpt from another Loveswept title.


USA Today and New York Times Bestselling author Erin McCarthy first published in 2002 and has since written over seventy novels and novellas in teen fiction, new adult romance, paranormal, and contemporary romance. Erin is a RITA finalist and an ALA Reluctant Young Reader award recipient, and is both traditionally and indie published.