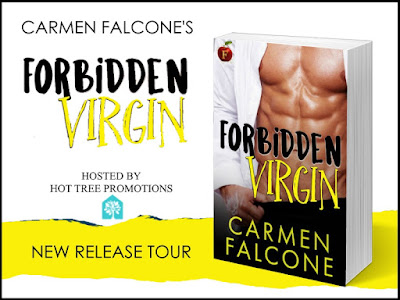 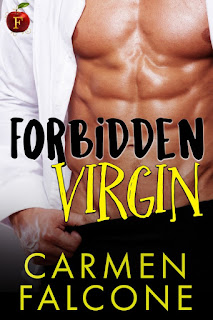 She’s in love with her father’s best friend…

Kate Crawford’s always had a scorching attraction to her father’s best friend, sexy hotelier Graham Davenport. Now she’s going to study in Europe, but she wants to realize her secret wish and lose her virginity to Graham. After all, she’s not a teenager anymore and ready for some Adult X-rated fun.

Graham Davenport hires Kate as his trainee in his luxury hotel as a favor to her father, but seeing her flaunt her hot body is driving him insane and he’s about to lose his self-control. He doesn’t want to betray the man who helped him turn around his life, but this woman is no longer a teenager with a crush. And her desire unleashes secret passions and fantasies that neither of them can deny… 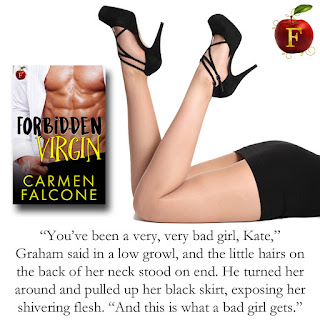 1. Tell us a bit about yourself.
Hi! I’m Carmen. I’m a mom, wife, daughter and a friend. I’m also an avid romance reader. I’m addicted to dogs—I have three crazy pugs. I love going to the movies, power walking, traveling, meeting friends for lunch. I skydive once a year. Okay, that was a lie. I said that so my life would sound more exciting. LOL.

2. What inspired you to write your first book?
I was a teenager and that book will never see the light of day, LOL. But I think what made me want to write then is the same reason that makes me want to write now—simply because I can’t imagine myself not doing it.

4. Have you ever done anything strange or weird in the name of research?
All the time. I write romantic suspense as well, so sometimes I have to watch out for what I have on my DVR list if we have sitters over!

5. How long does it take you to write a book?
It depends. Every book is different, and I’m never really just writing a book. I’m also promoting other books, emailing editors, revising another project. Oh, and Facebook. I love Facebook. But I’d say the first draft of a category length book takes between four and six weeks.

7. Do you have anything specific that you want to say to your readers?
It sounds cheesy, but thanks for supporting me in my journey. I really appreciate the feedback, the reviews, and the friendship. It feels great to know I’m not alone.

What’s in your fridge right now?
A bunch of fruit, organic meat and yummy ice cream.

What song do you sing at the top of your voice every time you hear it?
I love music but I generally listen to whatever’s on the radio. I like pop, jazz, some rock, oldies. I’ve been known to sing to a lot of Taylor Swift songs especially while driving (don’t judge).

Where did you last go on holiday?
I visited my family in Brazil. That’s where I go every summer.

If feral aliens attacked your house and they were zapping your home with their Über super bombs, what five items would you save?
My laptop, my passport, my camera, family albums and a keepsake box with my children’s stuff. (I’m assuming my hubby, kids and dogs would be waiting for me outside). 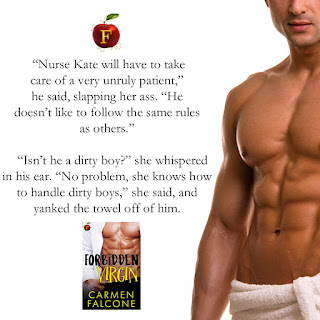 Carmen Falcone learned at an early age that fantasizing about fictional characters beat doing math homework any day. Brazilian by birth and traveler by nature, she moved to Central Texas after college and met her broody Swiss husband--living proof that opposites attract. She found in writing her deepest passion and the best excuse to avoid the healthy lifestyle everyone keeps talking about. When she's not lost in the world of romance, she enjoys spending time with her two kids, being walked by her three crazy pugs, reading, catching up with friends, and chatting with random people in the checkout line.

She loves to procrastinate, so please indulge her and drop her a line. For more info, visit her website: http://www.carmenfalcone.com