Sam and Nick return in the stunning romantic suspense, FATAL IDENTITY, that is sure to keep you on the edge of your seat! Being released today, FATAL IDENTITY is the tenth novel in Marie Force’s Fatal Series being published by HarlequinHQN. Make sure you order your copy today!

Every family has its secrets…

As the first anniversary of her marriage to Vice President Nick Cappuano approaches, Lieutenant Sam Holland is dreaming of Bora Bora—sun, sand and a desperately needed break from the DC grind. But real life has a way of intervening, and Sam soon finds herself taking on one of the most perplexing cases of her career.

Government worker Josh Hamilton begs Sam to investigate his shocking claim that his parents stole him from another family thirty years ago. More complicated still, his “father” is none other than the FBI director. When a member of Josh’s family is brutally murdered, Sam begins to question how deep this cover-up goes. Is it possible the revered director was part of a baby-napping ring and that others involved are also targets?

With a killer intent on deadly revenge and her team still reeling from a devastating loss, Sam’s plate is full—and when Nick and their son, Scotty, take ill, is her dream of a tropical anniversary celebration in peril too?

At times, she’d wondered if he had superpowers that he kept secret from her. How else to explain the way he managed to get so much done while also taking excellent care of her and Scotty? Sam kissed his cheek, and even though she knew she shouldn’t, she kissed his lips too.
“Mmm, not tonight, babe.”
Sam laughed out loud.
His eyes popped open.
“I think that’s the first time you’ve ever said no to me.”
Clearing his throat, he said, “I take it back. I never say no to you.”
“You’re allowed to today. How you doing?”
“Never better.”
“Now you’re lying to me?”
“Don’t want you to worry.”
“Too late for that.”
“How’s the boy?”
“Worried about TJ’s party.”
Nick winced. “Ahh, crap. That’s tomorrow, right?”
“Yep.”
“What are the odds that we’re going to be free of this plague by then?”
“Slim to none.”
“He’ll be so disappointed.”
“We’ll make it up to him—somehow.”
“I’ve got to go make a call, and then I’ll come back and tell you a story you won’t believe.”

Add it to your Goodreads Now!

And don’t forget to grab the previous titles in the Fatal Series Today! 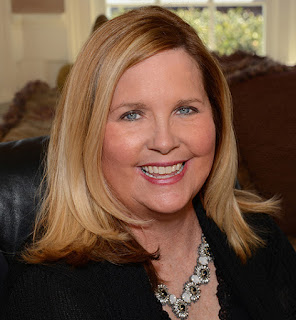 About Marie Force: Marie Force is the New York Times bestselling author of contemporary romance, including the Gansett Island Series, which has sold more than 2.2 million books, and the Fatal Series from Harlequin Books, which has sold more than 1 million books. In addition, she is the author of the Green Mountain Series from Berkley Publishing as well as the new erotic romance Quantum Series, written under the slightly modified name of M.S. Force. Her goals in life are simple—to finish raising two happy, healthy, productive young adults, to keep writing books for as long as she possibly can and to never be on a flight that makes the news.