Protect Me
by Melissa Townsend 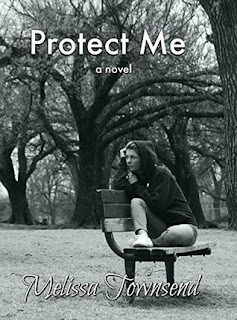 If you were lucky enough to meet an extraordinary person, what would you do? Would you be able to take full advantage of the opportunity? Nat Adams was lucky enough to meet one of those people and it couldn’t have happened at a better time. She thought Shiloh Smith was just a typical guy, but she soon realized how special Shiloh really was. It didn’t take long for her to start noticing things about him. Like, the way he’s always there at the right time. As if he were able to sense things that other people couldn’t. He felt things more intensely than normal guys, and he could do things that other people weren’t capable of. Shiloh knew Nat was special from the first time he saw her, but in his line of work, getting involved with someone wasn’t practical. Only a handful of people know the truth about Shi. He chose to keep it a secret in order to keep his younger sister out of harm’s way. When he starts spending most of his time with Nat he knows he can’t leave her out of the loop forever. What will she say when she finds out he’s a Protector? When she realizes that even if she wasn’t beautiful and innocent, even if he didn’t want to look out for her, it’s been ingrained in his body and mind since birth. He had to protect her.

Nat has gone through hell when her own mother dumped her with her grandfather and then she lost him, left with people who did not care for her, she ran away.Shiloh has his own powers to take care of others and Nat is the one he protects, Shiloh and his sister eventually get Nat to help them even more.Their adventures are great, story well written , and the characters were fantastic.