What She Wanted
by Julie Anne Lindsey
GENRE: YA Romance

Julie will be awarding a digital copy of What She Wanted to a randomly drawn winner via rafflecopter during the tour. Please visit GoddessFish.com to follow the tour, remember the more you comment better your chances on winning.

It seems Katy has been waiting for her eighteenth birthday all her life. Raised by a grandfather who never got over losing Katy’s mother to cancer at a young age, she’s dreamed of a life free of the burdens of her family’s tragedies. But just before her birthday, she learns tragedy isn’t finished telling its story . . .

Before she can begin her new life, Katy’s grandfather suffers a heart attack, a box of her mother’s keepsakes, including a journal written to Katy while she was in her mother’s womb, at his side. Believing the only thing her grandpa loves enough to live for is her mother’s memory, Katy reads to him from the journal every night at the hospital. Night after night, line after line, Katy begins to see herself as her mother saw her in her dreams. Buoyed by her mother’s undying love and conviction, Katy vows to make her mother’s sacrifice mean something and promises to fulfill all her mother’s requests. Even the hard ones. Especially those . . .

I grabbed the packing tape and bounced to my feet. “I already have enough in savings to pay the difference plus first month’s rent. I just need to hurry up and turn eighteen so I can sign that lease agreement.” I dragged a line of tape across the top of one unsealed box.

Heidi squealed. “We’re going to have so much fun in your new apartment this summer. It’ll be even better in the fall, when you go to Kent with me.”

“There won’t be room for another freshman in the dorms by the time I have my birthday and apply. Kent’s too far to commute.” I glanced at my laptop. The flags outside the New York Film Academy billowed in the wind. I’d researched every photography school in the world, looking for my dream escape, and that was it. NYFA had been created by Jerry Sherlock, a veteran producer and sheer genius. He’d designed the school to put students into their craft immediately. He believed in learning by doing. I’d be surrounded with students like me: film students, performing arts students, peers studying acting, cinematography, and my favorite, photography. That was the short list. My heart sank impossibly lower. “Next year, okay?”

She deflated. “At least try.” 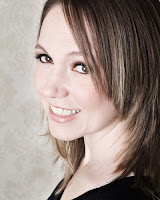 Julie Anne Lindsey is a multi-genre author who writes the stories that keep her up at night. She’s a self-proclaimed nerd with a penchant for words and proclivity for fun. Mother of three, wife to a sane person and Ring Master at the Lindsey Circus, most days you'll find her online, amped up on caffeine and wielding a book. Julie started writing to make people smile. Someday she plans to change the world.
Julie is a member of the International Thriller Writers (ITW), Sisters in Crime (SinC) and the Canton Writer’s Guild.