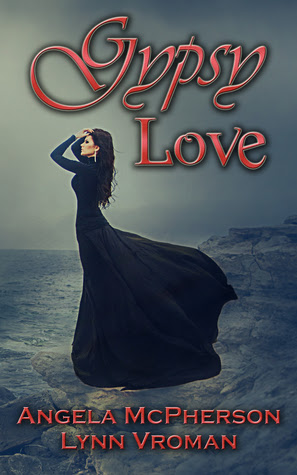 
Two centuries ago, Adrian vowed to seek revenge against the Gypsy woman who bound his spirit for eternity. Despite how far under the dirt Miryah Kotorara’s bones lay, he won’t stop tormenting the Kotorara bloodline. The person doesn’t matter, only the name.
Until her.
Dr. Mia Kotorara has spent the last ten years trying to forget her Gypsy heritage. Ostracized by her family and emotionally damaged, Mia throws herself into her work to fill the void. She forgets everything from her past—except for the man who solely exists in her dreams.
When reality and dreams collide, Adrian and Mia find something they never expected. Love.
Magic will bring them together, but it may not be enough to mend Mia’s broken heart and Adrian’s lust for revenge.
The Kotorara curse is never satisfied.
As the curse threatens everything they have overcome, Adrian and Mia must fight to save what matters most—each other.

Goodreads / Amazon
EXCERPT:
Adrian
Their routine never changed. Smack the alarm clock for fifteen more minutes of grunting, snoring sleep. Grumble when the contraption bleeped its nauseating music again. Shower, wake the children in the next room, eat some sugary swill, and leave for a day of school or work. Day, after day, after day.
If I hadn’t already hated these rotting people, their boring lives would’ve put me over the edge.
Unfortunately, my life, or lack thereof, mirrored theirs. An apparition only had so much to do to fill the time. My routine never changed, either, not for over two hundred years. Yes, the families would turn into other families as generations progressed—I lost count of how many had passed—but they were all from the same insane bitch of an ancestor. I wasn’t too particular. All they required was the right name.
The little things kept my sanity. Push the clock out of reach. Adjust the water until it grew frigid or scalding, depending on my mood. If I were really on point, I dumped that slop they shoveled into their mouths every morning onto the floor for the mangy dog. So what if these specific Gypsies hadn’t cursed me. A curse, I might add, undeserved. Two hundred years built enough anger to spread vengeance without prejudice.
Pathetic, but those little things were all I had. Not much else to occupy my time, and as any good haunt would do, I followed the man, Luca, to the city after he dropped his children off at school–every day.
I wouldn’t have been a decent ghost if I hadn’t at least tried to heave him into oncoming traffic as he scurried to his custodian job. I’d been practicing that trick for years, coming so close a few times. Once I perfected it, the push would probably be at the back of the wanker’s grandson. Hell, great-grandson. Unlike them, I had eternity on my side. But one day, a few of the sodding Gypsies would decorate the windshield of a city bus.
Not today, though. Luca weaved around the crowd while I slinked through it, body after body. The beastly man tended to hurry, always late due to his nightly drinking binges, and I enjoyed tripping him up in his rush, a skill I had mastered. A millisecond of physical contact might not get anyone smacked with a speeding car, but stumbling in a hurry irritated even the most patient person, which Luca wasn’t.
“Christ!” He grabbed a lamppost in time to save his face from the pavement. “Knock your shit off. I ain’t got time for it today.”
To an outsider, the bloated man appeared as if he spoke to himself. But I knew better.
“Well, good thing for you I’ve plenty of time for us both,” I answered him. Even though he couldn’t hear me, we’d had plenty of conversations over the years, as I had with his father, and his father before him. I used to rage, scream until my voice grew hoarse. Not a blooming soul ever gave any indication they knew I existed. To answer now became habit, needing to speak to him as if I had a voice left in the world.
Unfortunately, I’d become as much a part of this heathen family as every other bastard whelped by the likes of a Gypsy bitch. My story became an heirloom, passed from generation to generation. The angry ghost of Miryah Kotorara’s curse. No one had the ability to see me, much less hear a damn word I had to say. Bad luck, a faulty alarm clock, a stumble on nothing, all of it blamed on something none of them really believed in. Me.
In truth, no one believed in me except for maybe Luca, probably the reason I chose him to annoy instead of his brother this generation. What good were all my efforts if the person I haunted thought me a fantasy? I was a curse to a god who didn’t exist for the rest of the family. My attempt to scare, kill, or maim them in some way ended up being part irritation, part fun story to repeat at dinner parties.
Even vapor had pride, and the Kotorara clan stomped on it any chance they had.
Luca straightened his jacket and mumbled curses as the crosswalk light blinked to proceed. Oh, to have the power to push his fat, greasy body into a lorry. I swiped at his back, my hand disappearing through his skin and blubber.
One day, you tosser.
As soon as we hit the curb, Luca stopped. If I were matter, I’d have rammed into his back. Instead, I whooshed through his body. Times like these, I was grateful for the lack of senses, not particularly fond of body odor, sweat, and soft man flesh.
“Well, come on, then. Move your bloody arse.”
Even if he could hear, I doubt he would have listened. Luca directed his attention to a sleek building in front of us, a scowl twisting his lips.
I followed his gaze, frustrated as if I were the one late for work. “What has your attention, fat man?” My eyes landed on a woman who focused on the building, her hair so dark it almost shined blue. Her slim shoulders stiffened before she turned—and saw me. 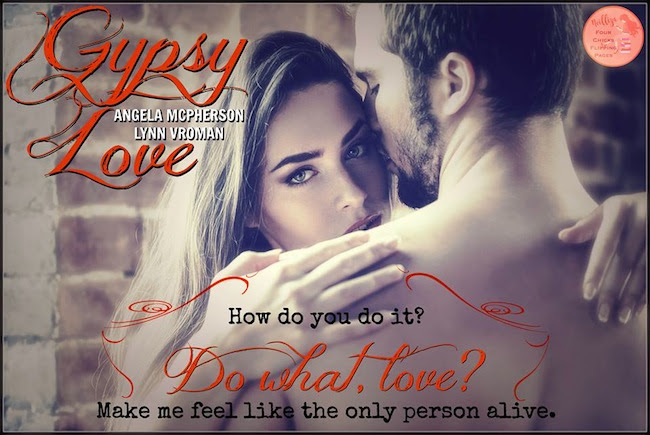 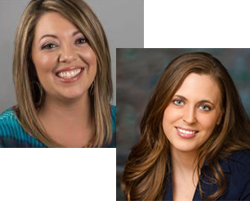 Author Bio:
Born and currently residing in Texas, Angela shuffles three active children (not including her husband) all over the place. She works in a busy pediatric doctor's office as a nurse during the day and writes at night. She is addicted to coffee and chocolate, laughs a lot, often at herself and is willing to try anything once. When Angela isn't rushing kids around, working or writing, she's reading. Other than life experience, Angela turns to a wide variety of music to help spark her creative juices. She loves to dance and sing though her kids often beg her not to.

Connect with Angela:
Website / Goodreads / Facebook / Twitter
--
Born in Pennsylvania, Lynn spent most of her childhood, especially during math class, daydreaming. Today, she spends an obscene amount of time in her head, only now she writes down all the cool stuff.
With a degree in English Literature, Lynn used college as an excuse to read for four years straight. She lives in the Pocono Mountains with her husband, raising the four most incredible human beings on the planet. She writes young adult novels, both fantasy and contemporary.