Lisa Diane Kastner will be awarding a $50, a $25 and a $10 Amazon or Barnes and Noble GC to a randomly drawn winners (three winners) via rafflecopter during the tour. Please visit GoddessFish.com to follow the tour, remember the more you comment better your chances on winning. 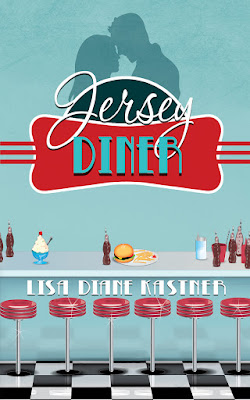 Lauren has a dead end job as a waitress at the Oaklyn Diner. She becomes ecstatic when the diner is chosen to be the focal point of an upcoming movie, *Jersey Diner,* starring Jonathan Pearce. When filming ends she moves to California to start a new life with him. Lauren quickly discovers that all that she thought was real and true are in question.

“I navigated the newly mopped floor to the front door.

“I’ll be right there,” I yelled. Who wanted something to eat at ten at night? The closer I got, the clearer I saw the figure. His faded brown corduroy jacket looked like it had been worn a thousand times. Patches of leather covered the elbows and pockets. Their softness hung on the wearer’s skin. The jacket was accompanied by black pants and black leather shoes, the kind of shoes that a formal man wears when he tries to look casual. He knocked one more time when he saw me. Weird. He wore sunglasses.
“I’m almost there.” I wiped my eyes with the backs of my hands. I tried to avoid getting cleaning fluid in them. I wondered if I’d be allowed to stay on set while the movie filmed. Mr. Smarthey didn’t say we had to leave and he didn’t say we could stay. I had started to question if I’d meet Jonathan. As I unlocked the deadbolt I looked up. “I’m sorry, we’re closed.”
“I just wanted to stop by and introduce myself.” He moved his hand into the door’s opening. I followed the length of him, which led me to his eyes hidden behind the dark frames. “I’m Jonathan Pearce.”
For whatever reason, what he said didn’t immediately register. Maybe I watched his mouth too closely or the scent from the cleaning fluid made me too lightheaded or maybe I was tired from the day, but I repeated those words in my head before they finally registered. I’m Jonathan Pearce. I’m Jonathan, Pearce. I’m. Jonathan. Pearce. And then it hit. I couldn’t imagine what I looked like to him. Other than the fact that I was covered in cleanser and stank of garbage and artificial lemons. I wasn’t sure if I should hide, hug him, scream in delight, or run far, far away. I couldn’t seem to find the right place for my hands or my eyes. Suddenly everything felt awkward and out of place.
In the movies his face was illuminated. In person, he glowed. I traced each line of his face and verified that this wasn’t another dream. The thickness of his black lashes, the slope of his nose. One dimple accentuated when he smiled. The angle of his jaw that brought me to the length of his neck. I wanted to reach out and touch him, just like before. This time if I did, this would be real. I’d know the softness of his coat, the strength of him against the fabric. The feel of his skin, smooth and firm. My mouth opened and then closed. I wanted to tell him that he’d found me. All of this in seconds. Only the sounds of passing cars entered through the doorway.
“I hear I’m gonna spend a bit of time here. I wanted to take a moment to meet everyone.” I moved out of Jonathan’s way so he could come in. He offered his hand and held mine like a true gentleman. I felt lightheaded and grabbed his hand tighter so not to fall. Then I realized I had stopped breathing and deeply inhaled. “Hi,” he said.
What was I supposed to say? I simply said “hi,” in a voice I didn’t recognize. One that was squeaky and small.

Mrs. P looked up. “Who is it, Lauren?” She wrote line after line on her pad. “If he needs to make a call then we have a phone. No coffee. No food, but we have a phone and ice water if he wants.” When she turned to see him, she narrowed her eyes, “You look like—”
He winked at me and then headed to her. He moved the same way he did in television shows and movies, like his shoes never touched the floor. He removed his glasses as he approached her. The skin at the tips of his eyes wrinkled when he smiled.”

Q & A with Lisa Diane Kastner

Great question. I typically get an idea and then research the beejeeberz out of it. Then I start writing. I’ll write the first 25 to 50 pages and then go back and write an outline. Interestingly, right about the moment I feel like, “is this really going anywhere?” I stop, go back, and read what I have to that moment. And right at that juncture, when I’m ready to scrap it, I realize the story is right before the climax. Crazy, right? And then I’m reinvigorated. I know that the core story works and what the climax should be. And then it’s a matter of writing it to the end. It’s getting over that feeling of, “Is this really going anywhere?” “Is this total crap.”

People overcoming obstacles. Transformations. Beauty. Joy. Laughter. Friendship. Love. Kindness. A great cup of French Press coffee. My husband’s smile. His hugs. His voice. Watching our kittens play. Playing with our kittens. A brightly colored California sunset. The glowing lights of the city skyline. Watching clouds roll through treetops during sundown. The fresh scent of Jasmine. Hearing from a dear friend. An amazing yoga workout. A jog through the Rose Garden outside of USC. A hike in Griffin Park.

In 2018/2019, LUSCIOUS will come out which starts on the morning that Lee Therese needs to hand in her dissertation, she is literally run over by Xander. The first words out of his mouth are, “Sorry, Luscious.” Immediately smitten, Lee forces herself to recompose and drive forward with her day and her purpose – to get the dissertation approved, graduate, and start a new life with a teaching job in Hawaii. The catch? Xander keeps showing up at the most unexpected times. What Lee doesn’t know is that Alex has his own dark reasons for moving to Philly.

In addition, I’m currently working on a few things. I’m the executive editor of Running Wild Press and I’m working on a novella anthology and on the first book of a new fantasy series called MAGIC FORGOTTEN by Jack Hillman. In addition, I’m working on a new novel series called, NEWLY MINTED WINGS AND SALTY FRENCH FRIES, which will start off with a novella by one of the main characters, Morgan Cruise. Morgan, is a former teen and twenties star who is finding much less glory in her older years. In search of a renewal, she reaches out to a trendy plastic surgeon. Anticipating that he’ll recommend a face lift, instead he tells her to get functioning wings. That’s right, those babies work! Morgan finds herself in flight over the Hollywood Hills and inadvertently runs into a rather long line at the local In and Out Burger starting a chain of events that will keep you enthralled.

I don’t really get writers block. That said, I typically write sporadically. It’s like my brain needs to fill up with ideas and then they spew forth. I tend to write in blocks of time and I’ll write thousands of words. Then I’ll go through a period in which I’m editing, revising, and regenerating. Then the process starts again. Weird, right?

All the freaking time. Every time I write an outline I end up revising it because the dang characters do whatever they want to do. It’s crazy. Albeit, typically what they do is much more interesting than what I outlined. 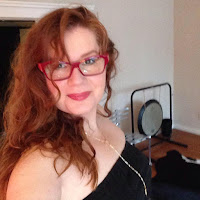 Lisa is a former correspondent for the Philadelphia Theatre Review and Features Editor for the Picolata Review, her short stories have appeared in magazines and journals such as StraightJackets Magazine and HESA Inprint. In 2007 Kastner was featured in the Fresh Lines @ Fresh Nine, a public reading hosted by Gross McCleaf Art Gallery.
She founded Running Wild Writers and is the former president of Pennwriters, Inc. (www.pennwriters.com). She received her MFA in Creative Writing from Fairfield University, her MBA from Pennsylvania State and her BS from Drexel University (She’s definitely full of it). Her novel THE KEEPER OF LOST THINGS was shortlisted in the fiction category of the William Faulkner Words and Wisdom Award and her memoir BREATHE was a semi-finalist in the nonfiction category of the same award.
Lisa presented at a TEDx in Seattle on The Power of Connecting. And presented at the Association of Writers and Writing Programs (AWP) on the “You Sent Us What?” panel.
Born and raised in Camden, New Jersey The Redness migrated to Philadelphia in her twenties and eventually transported to Los Angeles, California with her partner-in-crime and ever-talented husband. They nurture two felonious felines who anxiously encourage and engage in little sparks of anarchy.
Social Links
Facebook  Twitter  Instagram
Website
~~~~~~~~~~~~~