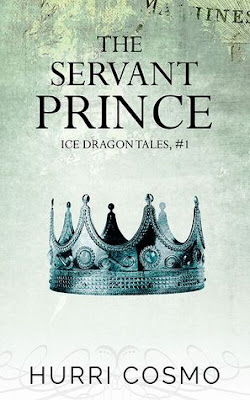 Prince Joron of Blade Rain was kissed by a man he had no idea was King Aric of Claymoor Doom. Of course King Aric had no idea the one he kissed was even a man since Joron was dressed as a woman. Disguised to escape the newly crowned king of Blade Rain who just happens to be Joron's brother, Joron is swept off his feet by Aric when he is rescued by him from an assault. Aric is also swept off his feet by the beauty of the "woman" and that one amazing kiss. Aric, who is led to believe the beautiful woman he kissed is actually the princess, immediately goes to the king of Blade Rain and offers for the princess’s hand in marriage and his offer is accepted. Unfortunately, King Aric is now betrothed to Liarta, Joron’s sister. But an emergency has King Aric racing home without finding out the mistake he has made and now Joron must ride to Claymoor Doom to renegotiate the offer since Liarta is in love with someone else and does not want to marry King Aric.

Imagine Aric’s surprise when he discovers the Prince is the one he thought was the Princess! So Aric does the only thing he can think of. He will release Liarta from her obligation of marriage, but only if Joron takes her place... in the marriage bed.

Am still trying to figure this book out, well written, will say that. Some of the characters are captivating like Prince Joron and King Aric, and Joron's sister Liarta. Now our sweet Prince is hiding from a cruel stepmother and a brother who is way interested in his brother and not the sibling way.
The first time Joron and Aric met, Aric thought it was a woman whom he rescued and kissed, not able to keep her of his mind he went to negotiate a marriage to Liarta , imagine his surprise when he discovers Prince Joron is said maiden in distress he kissed.
Kisses and possible love fly in the air as intrigue is all around both of them.