Virtual Book Tour: The Orphan of Mecca by Harvey Havel America Star Books Presents The Orphan of Mecca, Book One by Harvey Havel

Frederick, MD October 16, 2014 – America Star Books is proud to present The Orphan of Mecca, Book One by Harvey Havel from Albany, NY.

A brief synopsis of the book: "Amina prepares for college on what is expected to be an exciting first day of higher learning. When she steps onto the university campus for the first time, however, she bumps into Raja Gupta, a young, persuasive, and hot-headed university intellectual who lures her into joining a student group whose cause is the liberation of East Pakistan from West Pakistan. What follows is a stormy and passionate romance detailing the lives of both Raja Gupta and Amina Mitra as they both attempt to survive from one of the worst genocides of historical record—a genocide that ultimately leads to the birth of the poor and crippled nation known today as Bangladesh. This novel is written with historical accuracy and is Book One of a trilogy that charts the rise and fall of these two characters, as well as the son that is orphaned after Amina Mitra is forced to abandon him in the Great Mosque of Mecca."
Visit us online at www.americastarbooks.com, Facebook and Twitter. 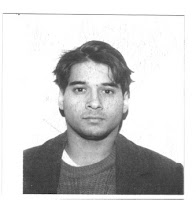 In 2006, Havel published his third novel, Freedom of Association.  He has published his eighth novel, Charlie Zero’s Last-Ditch Attempt, and his ninth, The Orphan of Mecca, Book One, which was released last year.  His new novel, The Thruway Killers is his latest work.  The Orphan of Mecca, Books Two and Three, will be released next year as well as a book, An Adjunct Down, which he just completed.  His work in progress is called In the Trenches, about a Black American football player.
He is formerly a writing instructor at Bergen Community College in Paramus, New Jersey.  He also taught writing and literature at the College of St. Rose in Albany as well as SUNY Albany.
Copies of his books and short stories, both new and used, may be purchased at www.barnesandnoble.com, www.amazon.com, and by special order at other fine bookstores.

Email ThisBlogThis!Share to TwitterShare to FacebookShare to Pinterest
Labels: fiction