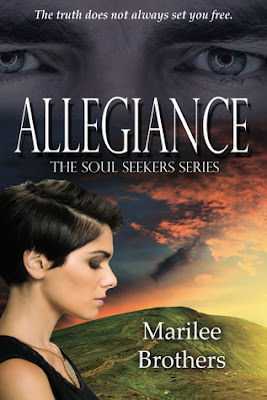 Transplanted California girl, Melanie Sullivan, vows to stay in Oregon until she nails the killer of her best friend, Dani. Mel’s ability to search a soul for innocence or guilt is a big plus. Her love for Billy the Kid, former Marine and now a detective with the 3 Peaks police department is also a factor in her decision. She’s not quite sure what’s going on with Billy. Has the PTSD from his Middle East deployments returned?

When a hate crime is committed in 3 Peaks, Mel is recruited by sexy Homeland Security agent, Mick, who requires her soul-reading ability. Mick doesn’t hide his feelings. He’s more than eager to step in if Billy steps out, a complication Mel doesn’t need or want. As she goes undercover, Mel embarks on a dangerous journey, aided by her Uncle Paco and devoted friends.

Along the way, she learns a valuable lesson about the power of forgiveness.

Melanie Sullivan is a California girl who moves to Oregon to get the man who killed her best friend Dani. Its a trip of learning for her and many discoveries.
Mel has a gift, the gift to see one's soul, she can read it and find out many things about the person who she is looking at. Her trip to solve the crime and get the person behind bars is not an easy trip, torn between two lovers, both who love her, fighting to stay alive and catching that person.
Learning to accept what happened to her in the past.
Her one love Billy, former Marine and now a detective with the Police Dept, the man has PTSD from his tour of the Middle East.
Mel is recruited by Homeland Security Agent Mick, who needs her and also does not hide his feelings for her. She goes undercover and is aided by Uncle and devoted friends, will she be able to get the person responsible for her Friends murder in jail, who will she choose the Detective or the Agent, you will have to read the story to weave in and out of her adventure, well writen and a pleasure to read it.