Today we are spotlighting Kristen Collins's
A Sandman's Forbidden Love!

Enter below for a chance to win a ecopy of A Sandman's Forbidden Love
from Kristen Collins! 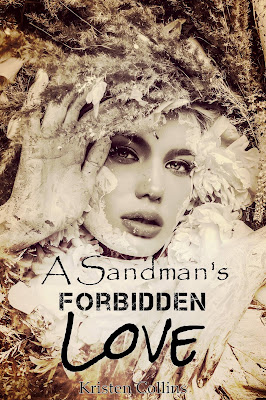 When Sabal's night of training a rookie Sandman goes terribly wrong, she is saved by a Boogeyman named Sam. He hides her away in the Realm of Nightmares to keep her safe, unknown as to what’s drawn him to save a Sandman in a world where they’re meant to be enemies.

Sam’s whole world changed in that moment he laid eyes upon Sabal. Her fiery red hair with streaks of gold and wild green eyes with markings of gold and black vines framing her angelic face, he struggles with feelings he doesn’t understand.

Torn by duty and love, will they fight for their forbidden love or will they succumb to the Romeo and Juliet tragedy that awaits them? 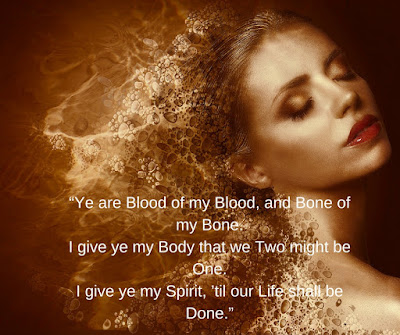 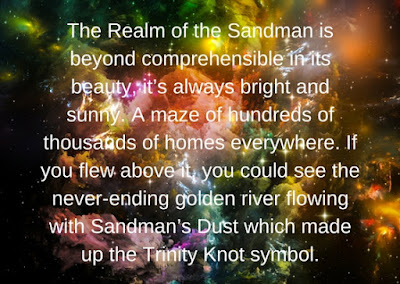 Q & A with Kristen Collins about
A Sandman's Forbidden Love!

Tell us about A Sandman's Forbidden Love.

Well, you have two worlds having a civil war so to speak for centuries. They fight over people’s dreams. While Sabal’s training a rookie, they stumble upon a child being attacked by Boogeymen and a fight ensues. Sabal is kidnapped by Sam but for an entirely different reason than she thought, and Sam gets more than he bargains for really quick. There are so many, “What are you thinking?” parts and lots of love/hate relationships in here as well.

What initially inspired you to write A Sandman's Forbidden Love?

I personally have had an obsession with Sandmen for quite awhile, I could never find any kind of story about them. There is seriously maybe one other one besides mine out there. So I decided to create one with my own design to it. This book plagued my dreams every night till I got it all out.


Tell us little about the characters in A Sandman's Forbidden Love.

You have Sabal who suffered some torture at younger age by the Boogeymen’s hands. So to deal with that she is a little Alice in Wonderland OCD obsessed. Sam is just different from what you would expect from a Boogeyman, soft? No that’s not right, meek but not weak in the slightest bit. You will see how each Sandman and Boogeyman are unique in their own way and abilities. Such as Kalisto, who is a healer in the in the Sandman world, then again, you have Boogeymen like Asha whose has the same abilities as a snake would possess. I tried to give everyone and everything their own uniqueness.

That would be writing the chemistry between Sabal and Sam, trying to create this love at first sight setting. The two of them dealing with their personal struggles and overcoming them to be with one another.

There are so many parts that I love, it’s too hard to really choose. I guess I would have to say Chessie is my favorite character in the story period, I mean a Jackalope? Being a Native Texans, they’re a myth we have grown up with quite a bit in my childhood. I love everything about them and decided to give our Sabal, an animal that would be unique in itself to her.

Also, the first time Sabal and Sam give into each other is my favorite scene, it was so intense writing this part of the story out. I felt like I was really there, watching it all play out like something out of a movie.

Right now, I’m working on the The Child with Silver Eyes, which is book two to Grimm Love. It’s Mia’s story, and you will see she has changed dramatically since Grimm Love but the Story’s point-of-view is mostly from the main man character’s point of view. I’m hoping to have it released by fall at the latest.

I’m also working on a book in a Multi-Author Series called the Happy Ending Resort Series, about this little resort where you can encounter anything from horror to a little magic to a bit of of the supernatural. My book will be #41 in the series called Down the Rabbit Hole, where my character finds herself at the Happy Ending Resort after her disaster of a wedding to an abusive fiance. Only to find a handsome Maddox there, but he has a secret. Little did she know that she has met him before and she’s in for whole new world of romance and passion as an accident occurs and she finds herself transported to Crazy Depp Resort, a warped version of The Happy Ending Resort. Let’s just say it’s going to be crazy.

I have been asked about writing more books that can be added on to this one, to give Sabal’s son, Niall, a book of his own. Also Kalisto, The Phantom Queen, and Nanna their own book too. I have to say right now, I’m also considering it after I finish up my other two projects in the works now. 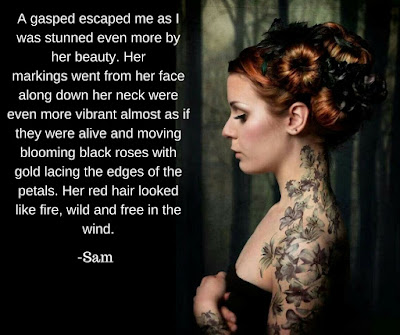 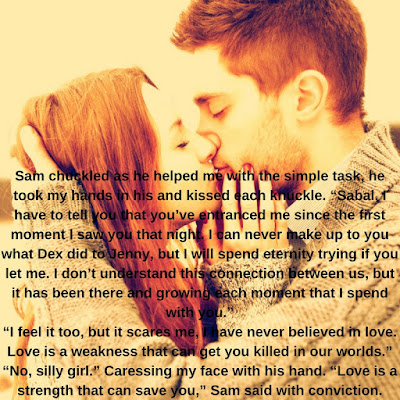 Now an exciting excerpt from
A Sandman's Forbidden Love! 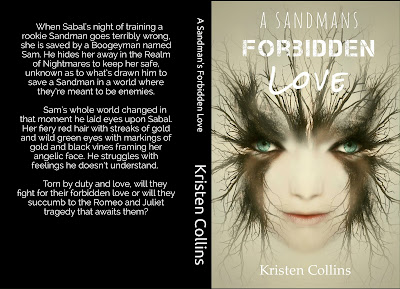 I'm a Native Texan, born and raised close to the heart of the state. Also I'm a stay at home mom/housewife, as well as a Lupus Warrior.
Thanks to the encouragement of friends and family, I found a passion in writing paranormal romance books. Anything fantasy usually suits me and my novels tend to be able to reach anyone in multiple genres.
I also create art journals that can be cross generational from thirteen to sixty years younger, My goal with these types of books are to reach people who need that extra feel good in their lives.