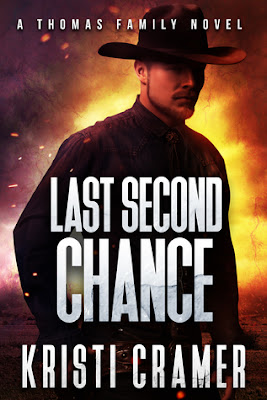 Tim Reardon made a real mess of his life. After five years in a federal penitentiary, he’s given one last second chance: to work on a ranch in a small town where no one knows his history and he can start over. Learning to care for a sick horse brings him together with veterinarian Janie Thomas.

Unaware that his old boss is intent on bringing him back into the fold, Tim thinks his drug running days are behind him for good. Faced with the ultimatum to come back to Denver or die, he and Janie find themselves in the crosshairs of a deadly enemy.

Formerly Book 2 of The Boys of Syracuse, Kansas. There have been no substantial changes to the plot.

Tim Reardon made some bad decisions a while back and paid the price. Five years in a Federal penitentiary and now it something he hopes to put behind himself and start a new life. Things somehow do not seem to be going well for him, as expected no one wants to take a chance and give him a job.
As his last hope he gets in touch with his sister and hopes that she can help him. He is give one last second chance and soon finds him self on his way to Kansas Syracuse. Believing his past is behind him Tim is begining to put his life back on track, as he works on the Ranch while working with a sick horse Janie Thomas sort of waltzes into his life.
Soon the past catches up with Tim and now Him and Janie find themselves in the cross hairs of some pretty bad folks.
Will they come through, will the begining of romance take of for them.
All I can say that despite what life dealt this young character and what happens, I found this a really nice story and would read other books from this Author.