Enter below for a chance to win 1 of 2 ecopies of Grimm Love
from Kristen Collins! 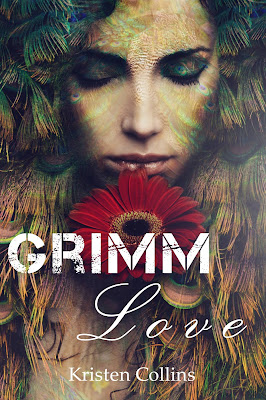 Sky was your typical Grim Reaper, well mostly, she was half human too. She helped souls pass on to the afterlife, but she didn't expect a human to see her in the act, harvesting a soul. In shock, Sky attempts to return to her normal life as the owner of the local bookstore in the small town of Ouray.

Jack seeks out the strange yet beautiful woman he saw take his friend's soul on the mountain. After searching nearly every business in the small town, he stumbles upon her in a bookstore on Main Street. Part of him tells him to run the other way. The other part is intrigued by her beautiful features and sporadic personality.

Sky had hoped Jack would chump it up to the heat of the moment and his wild imagination. But he seems to think otherwise. Will she be able to convince him he was seeing things or risk revealing her true self to him? As their worlds collide and passion unfold will they be able to fight what's coming for them? What would you do to save the one you love? 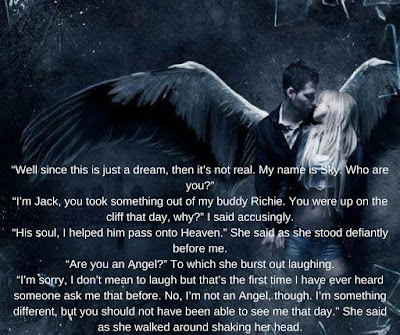 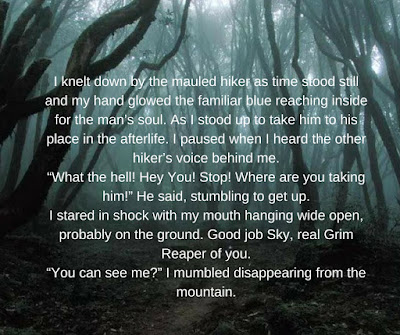 Q & A with Kristen Collins about Grimm Love!

Tell us about Grimm Love.

Grimm Love is about this orphan child, who lost her parents and after an accident with a child at the home she meets Jessa, a Reaper. Sky is only a hybrid, half Reaper half human, and in the supernatural realm that’s a big no no… Jessa, a full Reaper, discovered her and took her in. She hides her away in a small mountainside town of Ouray Colorado. Where she teaches her everything she knows in hopes of one day, should the Grim himself find out about her she would be able to defend herself. Then you fast forward to adulthood and while out hiking, two guys are attacked by a bear and she reaps one of the guy’s soul. While the other one awakens to see her, when he sould’t be able to in what I like to call Reaper mode. Then the story unfolds with love and passion, and a lot of craziness that I’m not going to reveal so you have to read it and find out. *Wink-Wink*

What initially inspired you to write Grimm Love?

My husband actually, he’s a Marine Vet, and he is absolutely obsessed with Grim Reapers. So I thought about it and started plotting out and one thing led to another and before I knew it Grimm Love came about.

Tell us little about the characters in Grimm Love.

Well, I like to think you get a little of everything in there, you have Sky who is the type of friend you would want on your side. Loyal to a T and very caring, when she gives you her heart, whether it be as a friend or more you have it for life. Then there’s Mia, the best friend every girl should have in their life, and highly confident also. Nothing can ever get her down. Jack, a war vet who has lost everything he has ever care about and yet stumbles upon something only others can dream of in life. Jessa, well, let’s just say she’s her own cup of tea in this book. She has lost her one true love because of allegiances, then she finds Sky and has a whole new chapter opened up to her.

Originality, you see a ton of these kinds of books. I really wanted to make sure that the book had as much of it as possible.

That’s tough, but I would have to say it’s a tie between Chapter All Hallow’s Eve or when or Sky loses it after the Grim attacks Jack literally after the happiest moment of her life.

Right now, I’m working on the The Child with Silver Eyes, which is book two to Grimm Love. It’s Mia’s story, and you will see she has changed dramatically since Grimm Love but the Story’s point-of-view is mostly from the main man character’s point of view. I’m hoping to have it released by fall at the latest.

I’m also working on a book in a Multi-Author Series called the Happy Ending Resort Series, about this little resort where you can encounter anything from horror to a little magic to a bit of of the supernatural. My book will be #41 in the series called Down the Rabbit Hole, where my character finds herself at the Happy Ending Resort after her disaster of a wedding to an abusive fiance. Only to find a handsome Maddox there, but he has a secret. Little did she know that she has met him before and she’s in for whole new world of romance and passion as an accident occurs and she finds herself transported to Crazy Depp Resort, a warped version of The Happy Ending Resort. Let’s just say it’s going to be crazy.

Well, I kind of already let the cat out of the bag… I’ve had a wonderful overwhelming response to Grimm Love and after many request I created the Hybrid Love Anthology, Book one is Grimm Love and book two is The Child with Silver Eyes. Depending on how well book two does will determine if there will be a book three but I’m strongly considering it. I would like to give Jessa and the twins their own stories in the future. 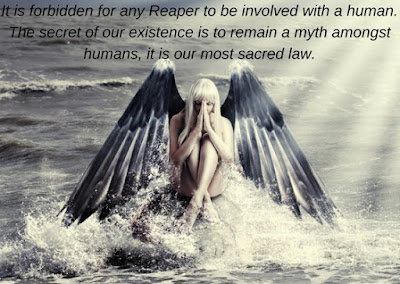 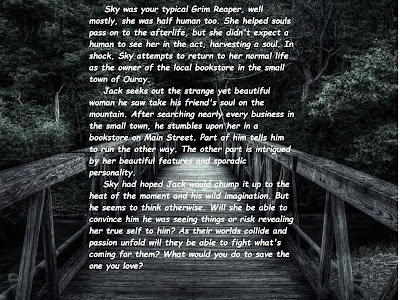 The night drew on with me revealing my life, well, the 'in-a-nutshell' version. Jack listened intently and never judged me once. Only speaking occasionally to ask questions here and there. I showed him some of my powers after he was able to pick his jaw up off the floor from shock, he asked to see them again.
“So, you know what animals are saying, you can move things with your mind and you can teleport anywhere you want too. That’s the jist of it?”
“Yes, that’s the basics of it. But Jessa has kept my existence a secret and it has to stay that way. We don’t know what will happen if The Grim finds out about me.”
“Gotcha, stay out of the Grim’s radar.”  He winked rubbing his hand teasingly up and down my arms.
“I’m serious Jack.” Shaking my head nonchalantly laughing at him.
“I know and I want to be part of this family protecting you, I know Mia is involved because she is the only person I have seen around you.”
“Mia is my best friend, and a witch. Oh, by the way, she said she would put a curse or worse on you if you hurt me in any way.” I couldn’t help giggling while imagining her turning him into a frog.
“Ma’am, I would never dream of doing such a thing to you. Unless the pain is in some form pleasure. Like this...”
Jack rolled on top of me, the heat between us grew as if the flames of Hell itself had taken over his living room. His kisses lit a fire deep inside my soul, with a deep shaky breath Jack rolled over onto his stomach face down on the carpet as I threw my arm over my face.
“I’ll be back, don’t move.”
A giggle escaped as he wiggled his butt at me disappearing behind the wall leading to the bathroom. I could hear running water as Jack came back around the corner signaling me to follow him with his finger. Lifting an eyebrow, I followed him as he took my hand. Placing his hand on the door he said,
“Close your eyes, no peeking. “
I followed him inside, feeling the steam wrap around me like a blanket.
“Lift your arms.” I felt him pull my shirt up over my head. Jack bent down on his knees taking off my socks then my jeans. I nervously chewed my bottom lip as he said, “Ok open your eyes Sky.”
Blinking in surprise as I saw candles around the bathroom, the smell of lavender fill my senses as my eyes drifted to the steaming bubble bath in the jacuzzi tub.
“Oh wow, this is wonderful!” I reached for my bra strap as Jack stopped my hand.
“No Sky, please keep it on. I’m having a hard enough time controlling myself as it is. Just trust me?” I noticed he was wearing his boxer briefs still.
“I do.”
Jack stepped into the tub, then held his hand out helping me inside. He turned me around so my back was against him as we both settled into the hot water.
“I figured our undergarments were as close as we get to bathing suits right now.”
“It’s a good idea, this feels amazing after being out in the cold all afternoon.”
Jack massaged my shoulders gently saying, “You make being a gentleman very hard to do, Sky.”
“The feeling is mutual, except being a lady in my case.” I played with the bubbles on top of the water blowing them on the wall.
“Sky, there’s something I need to tell you and I need you to keep an open mind, trust me, can you do that?”
“Yeah, I can do that.”
“I’m different like you, well not exactly like you but all my senses are heightened. I’m stronger, faster than a normal human as well as my hearing and sight too. I don’t know why, but I’ve always been this way. When I use my heightened senses my eyes do this, when you’re ready, turn around and look.”
I slowly turned around to face Jack nose to nose, his eyes were of a silver glow. They were beautiful, they pulled me in closer to him.
I cupped his head in my hands. “I’ve never seen anything like that. Your eyes are beautiful, Jack. Besides your dimples, they are one of my favorite things about you. Why would you ever think I would turn away from you because you’re different? We’re both different together now. Let’s get out of here and go sit by the fire.”
Jack gave me a pair of his sweats to put on as we laid down on the pallet by the fire. I glanced at the clock to see it was past midnight, we were both beyond exhausted. I snuggled up under his arms, laying my head on his chest listening to his heartbeat become steady as we peacefully drifted off to sleep. 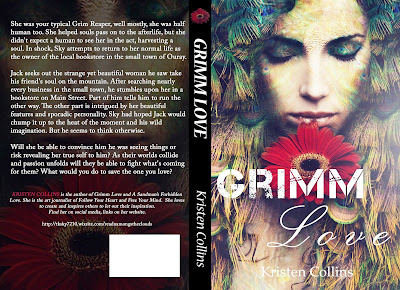 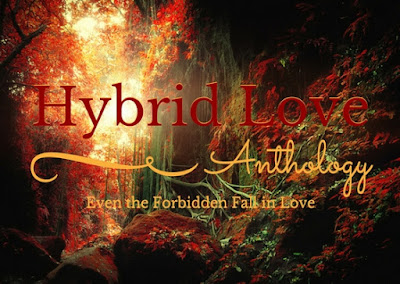 
I'm a Native Texan, born and raised close to the heart of the state. Also I'm a stay at home mom/housewife, as well as a Lupus Warrior.
Thanks to the encouragement of friends and family, I found a passion in writing paranormal romance books. Anything fantasy usually suits me and my novels tend to be able to reach anyone in multiple genres.
I also create art journals that can be cross generational from thirteen to sixty years younger, My goal with these types of books are to reach people who need that extra feel good in their lives.