Falling in love could expose a woman in hiding, in the fourth Ace Security novel from New York Times bestselling author Susan Stoker.


Former mercenary Ryder Sinclair’s stunning discovery that he has three half brothers in Castle Rock, Colorado, is giving them all the chance to color in the spaces of their tragic pasts. For Ryder, establishing roots is made all the more desirable by Felicity Jones. But if Ryder’s instincts are correct, this breathtaking beauty is in trouble.


Castle Rock isn’t Felicity’s home. Like her false identity, it’s just a cover. All she wants is enough cash to keep moving to another temporary hideaway—to stay on the run from a secret that’s haunted her for years. As safe as Ryder’s strong embrace makes her feel, she fears that falling for him, and staying in Colorado, will put everyone she’s come to love in danger.


The more Ryder learns about Felicity, the more determined he is not to let her go. It’s time for her to stop running—even as a relentless danger closes in, threatening their love and their lives. 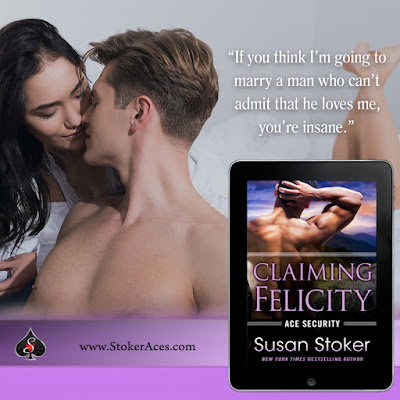 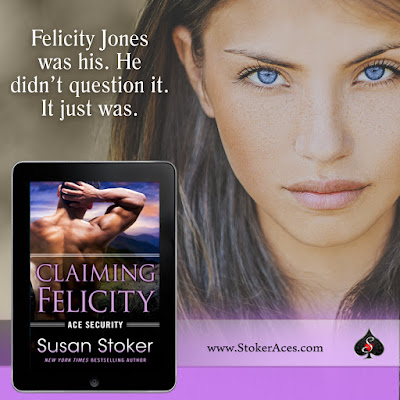 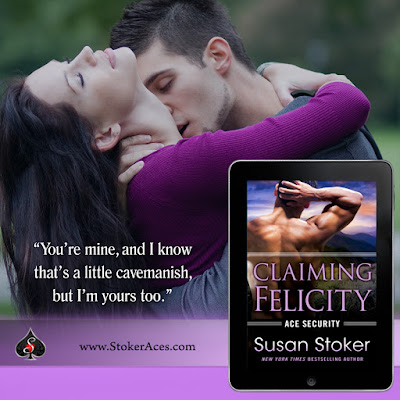 New York Times, USA Today, and Wall Street Journal Bestselling Author, Susan Stoker has a heart as big as the state of Texas where she lives, but this all-American girl has also spent the last fourteen years living in Missouri, California, Colorado, and Indiana. She's married to a retired Army man who now gets to follow her around the country.


She debuted her first series in 2014 and quickly followed that up with the SEAL of Protection Series, which solidified her love of writing and creating stories readers can get lost in.