Brooklyn Ann will be awarding $15 in Boroughs Bucks to a randomly drawn winner via rafflecopter during the tour.  Please visit GoddessFish.com to follow the tour, remember the more you comment better your chances on winning. 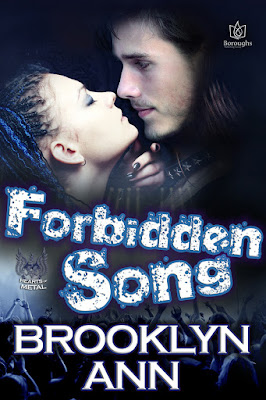 After having one of the worst experiences a young teenager could endure at the hands of cruel musicians, Christine Mayne's rock star brother Quinn tried to lock her away from the world. She had to fight to live her life, go to college, get her master's and enter her PhD program. Now, she's determined to complete her research on group dynamics by touring with Bleeding Vengeance, even it means deceiving her brother and lying to the band's fabulous lead singer, Cliff Tracey.

Cliff Tracey hates being manipulated, lied to and deceived. He'd know, having gone through a string of exes who had done just that. When he thinks he's found a kindred spirit, and a beautiful babe to boot, imagine his surprise - and disappointment - when he learns she played him so she can tour with his band to complete her PhD. When he finds out why, he knows he's in double trouble because Quinn Mayne will kill anyone who touches his sister, and Cliff Tracey has all sorts of plans for Christine Mayne that involves more than either of them ever expected. 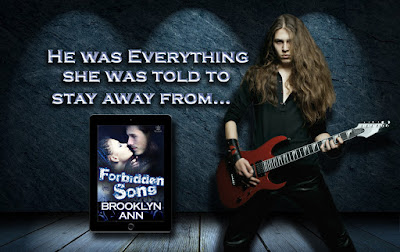 Q & A with Brooklyn Ann

Hands down, it was the resurfacing of the old memories and pain that return every time I write about a character who has survived sexual assault. Out of my sixteen published novels, Christine is the third survivor I’ve written, and, as with real people, every character copes with the trauma differently. Throughout each book, I explore a different angle of the survivor’s journey. In this story, I tackled how others try to dictate the way a victim should feel and act. I had to take frequent breaks because some presumptions make me so angry, but I felt it was important to show them.

Probably talking about the music. I love heavy metal and this series is where I get to express my love for the genre the most.

Music, life experiences, conversations with people I admire, books, movies, and, of course, those crazy random thoughts that happen when I’m cleaning house or working on my car.

Book 6 of the Hearts of Metal series, Tempting Beat will be out this summer. Book 7 will be out in the fall. I hope to also have another Brides of Prophecy book out this year, but we’ll see how that goes.

Yes, actually that scenario is what made this book happen. Back when I wrote With Vengeance, Cliff was supposed to be me giving the finger to love triangles. In the beginning, the heroine, Kat, has a crush on Cliff because he’s the hot lead singer of the band. But she quickly loses her infatuation when she learns that Cliff is kind of a douche and that the bass player is smart, kind, and sexy. However, Cliff ended up being not such a bad guy, so of course, I totally had to give him his HEA in Forbidden Song.

Cliff turned back to Brand. “I heard Kat and Kinley brought on a new blogger for Metalness. Is she here?”

Brand chuckled and nodded. “Yeah, but I’d stay away from her if I were you.” And with that, the bassist toasted him with his beer and walked off.


Cliff shook his head. What the hell did Brand mean? Was he dating her? Kat hadn’t said anything about that. And, nah. If that gorgeous princess was Brand’s, he wouldn’t have laughed when Cliff asked about her.

Then the meaning behind Brand’s warning to stay away from the woman became clear: Since both Kat and Kinley had ended up joining their bands, Brand probably thought Metalness came with some sort of curse. Or, maybe the bloggers were witches who enchanted musicians. But unless the new chick was a drummer or something, Cliff didn’t have anything to worry about.

Maybe he should find out.

Formerly an auto-mechanic, Brooklyn Ann thrives on writing Romance featuring unconventional heroines and heroes who adore them. After writing historical paranormal romances and urban fantasies, she now explores the chaotic realm of heavy metal music— a difficult world to find love in.