Anya will be awarding a $15 Amazon or B/N GC to a randomly drawn winner via rafflecopter during the tour. Please visit GoddessFish.com to follow the tour, remember the more you comment better your chances on winning. 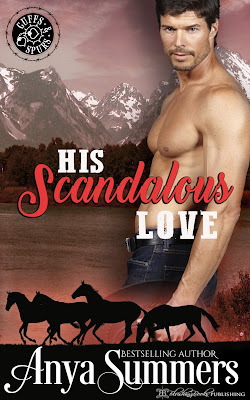 BLURB: Carter Jones is a fairly simple man. He loves his ranch, his horses, and dominating women in the bedroom. He's the owner and founder of the exclusive Cuffs and Spurs Club in Jackson Hole, Wyoming, yet for the past year Carter has achieved something of a monk's status within the ranks of his club. And all because of Jenna, a woman he had an unforgettably sensual week with a year ago, who then vanished from his life without a trace and left him reeling. When he discovers Jenna practically on his doorstep, Carter moves heaven and earth to draw her back into his life. Only she has a scandalous secret, one that upends his life completely. Can he forgive her for the secrets she kept? Or will the mistrust tear them apart – forever this time? 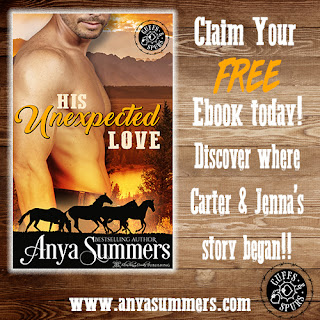 “So, what’s up? You don’t normally leave Jackson Hole unless its poker night,” Carter said, studying his friend.

Nothing but crumbs remained of Spencer’s sandwich, and now he was plowing through the homemade potato salad. Still holding his fork, he swallowed and said, “Me and the boys are concerned. The knuckleheads elected that I come speak with you.”

“About?” Carter questioned, his body tight and rigid in his seat. They’d discussed him. What the fuck for?

Spencer cocked his head, his black eyes unwavering as he said, “Dude, you haven’t been to the club in almost a year. That’s a record, especially for you. And I know for damn sure you don’t have any of the subs coming out to the ranch. That bunch couldn’t keep a secret to save lives, as lovely and entertaining as they are.”

“I’ve had a particularly busy year with the ranch. Just because I’m not attending the club, doesn’t mean I’m celibate,” Carter said, folding his arms across his chest—even though that was precisely what he’d become.

After a long draught of iced tea, Spencer replied, seeming to choose his words carefully. “Normally, I would buy that and not press you. But you forget, I know you. And you haven’t been the same since your visit to Pleasure Island last August. I know there was a sub—”

“Careful,” Carter uttered, his voice deadly serious. He did not want to rehash the island or talk about Jenna with anyone. Not when the mere thought of her made his heart ache.

“Fuck that. You’ve been moping for almost a year. You searched for her and couldn’t find her. It’s time you moved on. I’m saying this not out of spite but because I’m genuinely concerned,” Spencer said.

Carter grimaced and traced the line of a bead of moisture on his glass before he replied, “Look, I know I haven’t gone to the club lately. I will. I just—hell, Spencer, it’s the same old subs there. I realize your concern and while I appreciate it—”

“Just come, tonight even. It will do you some good to get out of the house for a night. You’re not a recluse but this past year you sure as shit have been acting like one.”

Had he? Deep down he knew Spencer was right. Carter needed to move on and forget about the past. Jenna was lost to him, forever. As bitter a pill as it was to swallow, short of hiring a private investigator to track her down, there was nothing he could do about it. He’d been standing still, letting life move on around him while his heart bled into the ground at the loss. And Jenna obviously didn’t want to be found because if she had, she would be here. At least, not by him.

“Fine. I’ll come this evening. So you and the rest of the idiot brigade will get off my case,” Carter agreed and shook his head. The thought of attending the club was about as appealing as watching paint dry, but he’d suffer through it.

Anya is a bestselling and award-winning author published in multiple fiction genres. She also writes urban fantasy and paranormal romance under the name Maggie Mae Gallagher. A total geek at her core, when she is not writing, she adores attending the latest comic con or spending time with her family. She currently lives in the Midwest with her two furry felines.
Website Facebook Twitter Goodreads Amazon BookBub Instagram 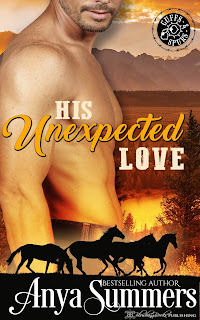 
Carter Jones is the owner and founder of the exclusive Cuffs and Spurs Club in Jackson Hole, Wyoming. He's been invited to Pleasure Island, a lifestyle themed resort on a private island in the Bahamas, to experience what the all-inclusive getaway has to offer. His plans for the week include indulging in the finer points of life – mainly sex, and lots of it. He's a man used to dominating a woman in every way imaginable, and then receiving praise and thanks from his selected bed mate for his prowess.

That all changes when he literally runs into Jenna. She's beautiful and headstrong, and turns his world upside down with merely a pout of her gorgeous lips. Lips he can imagine on various parts of his body. Carter devises a plan to claim the feisty woman. But will he be able to keep it strictly physical, or will her surrender to his touch affect him in unexpected ways?

To Master and Defend, Book 2  https://www.amazon.com/Master-Defend-Dungeon-Fantasy-Club-ebook/dp/B01FNG23HI/