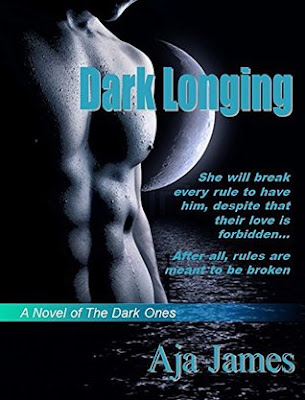 “Every story has more than one side, like a crystal that captures and reflects different colors of light. Do not take for granted what you think you know, for until you hold the entire jewel in your palm, the temptation is to fall prey to illusion and deception.”

This is a story of the Dark Ones…

Known as the Angel of Death among her kind, she has lived millennia alone, one of the remaining True Bloods in existence, unconsciously longing for the one male she could never have.

His soul recognizes hers from the first encounter. With the first touch, he is awakened. Though he does not know it, he has been searching for her across the ages.

But even as they are finally reunited, their love faces seemingly impossible odds. Will history repeat itself or will they break all the rules and chart a new course together?

Another story that is a heavy read, not because of how it was writen but because I did not want to miss on any part of it, because I wanted to know everything word by word, I wanted to take the journey the characters were taking me on and discover their secrets.
Inanna, is the vampire warrior she is also know as the Angel of Death. She has lived for a millennia and she lived alone, she longed for one male that she could never have, or could she? She is one of the few True Bloods in existence.
Gabriel, is the forbidden human, his soul recognized her from the fist encounter, and with the first touch he is awakened, but he does not remember searching for her through the span of ages.
Even as they are reunited, their loves still faces untold challenges, will they be able to brake the rules of both their kind and set a course of new beginnings in their lives and in the love they have for each other.
Read the book, its a fascinating story, well writen with deep meanings and the characters well not all of them, but most of them are really great and their own stories are great.