Courtney J. Hall will be awarding a $15 or $20 Amazon or Barnes and Noble GC to a randomly drawn winner via rafflecopter during the tour. Please visit GoddessFish.com to follow the tour, remember the more you comment better your chances on winning. 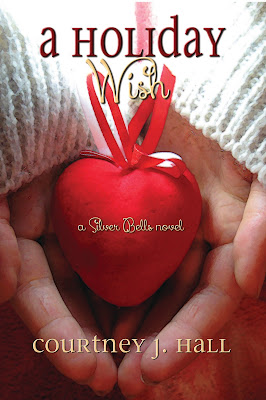 Noelle Silver has been a wedding planner for six years, and in all that time, the only bride she's failed to get down the aisle is herself. Abandoned by her fiancé and disillusioned with love, Noelle is ready to pack it in and leave town when Brooke St. John, orphaned heiress, offers her a staggering amount of money to do Brooke's Christmas Eve wedding to a much older man. Though she's reluctant at first, the payment Brooke offers is enough for Noelle to return to her hometown and start a new life. It's also an opportunity to prove to herself - and her former fiancé - that despite her broken heart she still has what it takes to pull off a wedding worthy of an heiress in the mere two months Brooke has given her. But the best man, Brooke's gorgeous older brother Everett, seems dead set on stopping the nuptials. Will he succeed, driving the final nail into the coffin of Noelle's career as a wedding planner - and completely shattering what's left of her expectations of love?

Excerpt:
He gives me a curt nod when he sees me looking. Brooke envelopes me in a hug, as if we’ve known each other for years instead of days.
“Are you sure you’re okay with this?” I ask her. “I mean, with your parents.”

“It’s not ideal. I’ll give you that,” she says with a small smile. “But I knew going in that my options were going to be seriously limited. And I know it’s the best you could do, and that once we’re inside it won’t feel like a—what it is. So yeah. I’m all right with it.”

From the looks of it, though, Everett’s not. A quick glance reveals that his eyes are narrowed, flicking between his sister, me, and the looming “Springhollow Fire Hall” sign that hangs over the entrance. I might be imagining it, but it looks like a spasm of pain contorts his face for a split second.

I want him to know that I’m sorry, that I really didn’t have any other choice. If it were up to me Brooke’s wedding would be in the country club’s Diamond Hall, with its pendant fan vaulted ceiling that makes it look like some European Gothic church. But Everett doesn’t look as if he’d be receptive to an apology. His arms are crossed over his chest, his spine rigid, his mouth closed. So I don’t say a word. It’s not like I think telling him I’m sorry will make him forget what happened to his parents, so why bother?

Q & A with Courtney J. Hall


What books/authors have influenced your writing?
A few, and they’re all so different! I was twelve years old when I stole a Bertrice Small historical romance novel from my mother’s bookcase and even though I was definitely too young for a lot of what went on in that book, it awakened in me a lifelong love of sixteenth-century England, which serves as the setting of my first novel, Some Rise by Sin. I’m an enormous fan of L.M. Montgomery – the Anne books, of course, but I also love the Emily books. As a writer, I love reading about characters who are writers. When I started writing contemporary, I drew upon authors I love like Emily Giffin and Jennifer Weiner, whose characters are real and flawed and not always likable, but you find yourself rooting for them anyway.

Tell us something you hate doing. Why?
I loathe putting gas in my car. I always have. I think it has something to do with the fact that once I’m in the car, I just want to go. I don’t want to have to stop anywhere. Especially not to do something that costs too much money and makes my hand smell.


Share a funny incident in your life.
I’m not terribly good at walking. I have weak ankles that can twist and give out at any time, for no particular reason. When I was a senior in high school, my sister was a freshman and we’d walk home together. One afternoon we were walking along and she was talking and the way she tells it, she looked at me, thinking I was next to her, but I wasn’t there. She turned back and saw me about half a block behind her, lying on the ground in some gravel because my ankle had turned and I went down like a sack of potatoes and she had no idea – she just kept talking. She ran back and helped me up, and apparently my mother heard us laughing through her bedroom window when we were still a few blocks away from home.

When you are in writer mode, music or no music? If music, do you have a playlist?
No music. I find it much too distracting. I do have songs and playlists that I listen to in order to wake up the muse, but once it’s time to work, I buckle down in quiet. The only kind of noise I can use is white noise, and I have an app called Coffitivity that simulates the background noise one might hear in a coffee shop. Supposedly it’s been scientifically proven that productivity is increased by that kind of noise. I don’t know about the science, but it definitely helps me concentrate!

Who was your favorite hero/heroine?
Anne Shirley. She was her own person no matter what anyone said to or about her. She went through so much and her spirit was never broken, and she ended up getting everything she wanted (including Gilbert Blythe, who was my very first literary crush). 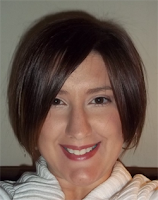 Courtney J. Hall is the author of Some Rise by Sin, a historical romance set in the tumultuous final days of Mary Tudor’s reign, and A Holiday Wish, the first book in the Silver Bells contemporary romance series. She lives in suburban Philadelphia with her husband and a stolen cat.
Website: http://www.courtneyjhall.com
Facebook: http://www.facebook.com/courtneyjhall.author
Twitter: @courtney_j_hall
Instagram: @akacourtneyjhall