Lee Kilraine, Janice Maynard, Irene Onorato, and Cynthia Tennent will be awarding a digital copy of all the books to a randomly drawn winner via rafflecopter during the tour. Please visit GoddessFish.com to follow the tour, remember the more you comment better your chances on winning. 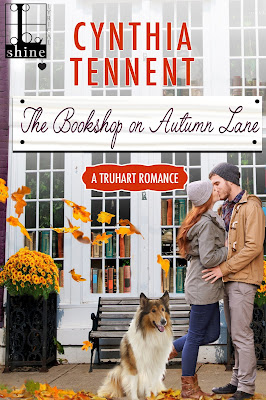 Big dreams can come true in a small town…

While some young women would jump through hoops to claim ownership of a bookshop, free-spirited Gertrude “Trudy” Brown wants nothing to do with the rundown store her late Aunt Gertrude left her. Having suffered from dyslexia all her life, books aren’t exactly her friends. With not much more than a collie dog who’s scared of his own shadow, and a rusty but trusty ’74 Beetle, Trudy arrives in the tiny town of Truhart, determined to sell off her cumbersome inheritance as quickly as possible…

But Trudy is not the only stranger in town. Christopher “Kit” Darlington, a professor of American Studies at Cambridge, is searching for an elusive manuscript—and he secretly thinks Trudy’s ramshackle bookshop might hold the key to its discovery. As these two opposites spend the autumn days together, cleaning out Trudy’s bookshop, they soon find that uncovering both literature and love can be equally mysterious…

Trudy’s never been the type to stay in one spot too long, but something about Kit makes her consider starting a new chapter—and maybe even finding there’s a happily-ever-after…

Even after all these years, it was amazing how little had changed. Truhart had never been crowded, but I didn’t recall it being so vacant. The years since my mother died and my father dumped my brother, Leo, and me on my Aunt Gertrude didn’t look like they had been good to the town.

We arrived late last night. Rush-hour traffic on I-75 in Detroit had been a mess, and by the time we got through it, Mickey was pointing both hands to the twelve. Almost exactly midnight. The night shadows had taken over the empty center of town and the streetlights weren’t working—or maybe there were no streetlights. I had stared out Lulu’s front windshield with the strange feeling that the dog and I weren’t alone. Something unearthly floated in front of the windshield.

The hair on my arm shot straight up. Perhaps Aunt Gertrude’s ghost was coming to haunt me in new ways she hadn’t thought up when she was alive. On closer inspection, I realized it was a torn plastic bag floating across the hood of the car.

It was ridiculous for a woman of my age and experience to sit in a parked car at midnight like a coward. I had climbed Pico de Orizaba, the tallest mountain in Mexico, at twenty-three, bungee-jumped from the bridge to nowhere in southern California at twenty, streaked naked through the streets of San Francisco at nineteen, and run away from my guardian at sixteen. This one little thing, I could do.

At the front door, Pikachu caught the light from the sliver of moon that rose above Main Street and winked back, doing his best to encourage me. I placed the key in the lock, but it wouldn’t fit. I felt in my rucksack for my penlight and clicked it on. Rust and years of dust had worn away the hardware around the knob. But the cylinder where the key fit was new. Someone had replaced the lock. Without warning, a black form jumped out from the top of the awning. A single raspy bark from the old dog was followed by a sharp feline screech. “Piewacket?” It couldn’t be. There was no way the cat could still be alive. Unless it hadn’t used up all its lives. It jumped into the shadows and was gone.

Cynthia Tennent was the original book thief, stealing romance novels from underneath her mother’s bed when she was just 12. As an adult, she grew serious and studied international relations, education and other weighty matters while living all over the world. In search of happy endings, she rediscovered love stories and wrote her own when her daughters were napping. She lives in Michigan with her husband, three daughters and her collie dog, Jack. This is her first novel. You can visit her at cynthiatennent.com