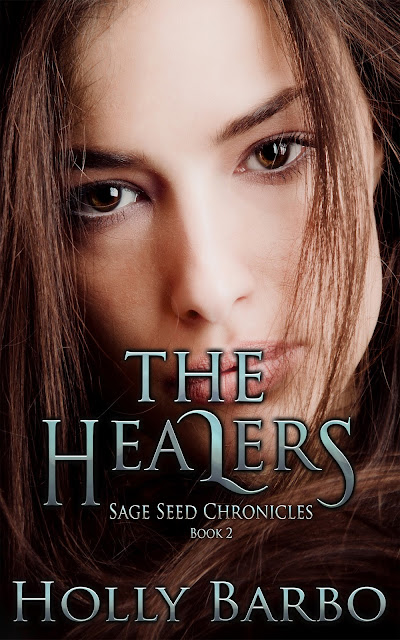 There are no monsters on Ose. People can be monstrous enough.

A virulent disease sweeps through the budding civilization on the planet Ose. As people are dropping like flies, the healers’ guild is not making headway in finding a cure.

Just as every hope seems lost, young Ree comes into her sage powers. Despite having to fight the disapproval from those who think her too young and inexperienced, she comes up with a cure from unusual natural sources.

The race is on to get ahead of the epidemic. Time is tight, and a swindler’s “miracle cure” makes matters worse.

With Ree and the healers’ lives in danger, is the whole planet doomed?

Ree smiled and turned away to scan the verge of the grassland where it met the woods. There seemed to be a very subtle movement in the tall stalks as the inconsistent breeze moved the tassels of ripe grass seeds. Ree gazed with casual curiosity at the wind-kissed grass. Her nonchalance gave way to amazement as she realized she and Catri were not alone. Slowly, she sat up straighter and reached out to Catri.

At Ree’s touch, Catri opened her eyes and looked at the young woman’s alert posture. “What is it?” she whispered.

Ree barely breathed the answer, “I’ve never seen any animal like this. It’s beautiful, but what it is, I don’t know.”

The answer did not come from Catri, but instead was spoken inside of Ree’s head. “I’m a lyrix. We are ancient inhabitants of this world. My name is Raow. We prefer to stay hidden. There are few of us left now, but at one time, long before the race you call the Ancients arrived, we were the psychic species that held this world together.” Raow had both Catri and Ree’s undivided attention.

Catri, who had also heard the creature’s voice in her head, spoke first. “Your kind is legend. Stories from the Ancients refer to you, but I have never heard of anyone seeing you. Thank you for this gift.”

Raow continued to focus on the younger woman, though he didn’t seem to mind Catri’s involvement in the conversation. Ree studied the fascinating animal. Raow was about twenty inches high at the shoulder. He was covered in fur from his four paws to the tips of his pointed ears. His tail was no more than five inches long and he had a ruff of fur from under his jaw to behind his ears. Raow had intelligent, gold eyes. The rest of his coloring seemed to shift and change with what was around him as if he was a figment of their imagination. But Raow was quite real.

Ree spoke, all the time keeping his gaze. “I’m honored that you decided to make yourself known to us. Can you tell us why?”

Raow returned her scrutiny. “We lyrix choose who sees us and who will be accepted as part of our family. Ree, we share a special type of kinship. You are a sage with barely awakened powers. This is so new, you haven’t become aware of it. I’m here to provide guidance in these skills and to be in your life when you need me.

The Founders, book 1 in The Sage Seed Chronicles, is currently available on Amazon.

Holly's world is shaped by her love of family, the beauty of the natural world and an irrepressible creative drive. She has always been curious and sees life through questions. These four characteristics color her writing voice and her stories frequently evolve from her asking "What if....?" Her tales tend to have non-urban settings with nature contributing to the plot, building discordant themes inside a seemingly peaceful refrain. My motto: Weaving Alternative Worlds with Threads From Today.