Sacrifice or salvation? A chosen psychic few may be both. As the city's Keepers battle Betrayers to save the human race, all's not fair in love and war. 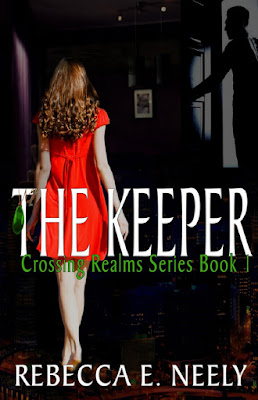 Nick Geary, jaded clan leader of human guardians, the Keepers, is doomed to love a human woman who’s forgotten him, time after time, for thirteen years: Libby Klink, a skittish accountant who’s as terrified of her recent and strange intuitions as she is of her mundane existence.
When Nick is ordered by the clan’s guiding force to seek Libby’s help in defending the clan against enemy Betrayers, romance sizzles as the pair forms an unlikely alliance in their desperate search to discover the key to the clan’s salvation—which Libby alone holds.
But a haunting secret could cost Nick everything, and in a race against time, both will be forced to choose between their hearts and duty. Can their love, and the clan survive, or will the very forces that drew them together ultimately destroy them?
The battle in the Steel City begins.
Available on Amazon
Follow @Crossing_Realms for all the latest on the series!
Follow THE KEEPER on Pinterest
Add THE KEEPER to your TBR list on Goodreads

Exclusive Excerpt:
Her index finger found the button and lowered the window a crack.
Immediately, he raised his hands. “I’m not going to hurt you. I’m unarmed.”
Always good to hear. She cocked her head, perplexed. “Who are you?”
“Nick Geary.” Unsmiling, a muscle worked in his jaw. He held her hostage with his eyes. “We need to talk.”
Her heart tripped. No doubt about it. She’d never heard of any Nick Geary, never seen this man before in her life. Or had she? Why didn’t she know? Shouldn’t she? What could they possibly need to talk about? A new kind of panic engulfed her. She pounced on the button, closed the window, and laid on her horn.
Scowling, he mouthed some kind of oath.
The driver door swung open on the truck in front of her. A portly man with a bush of a gray beard got out, lumbered over. Squinted at her. “You okay?” he bellowed as he tugged a T-shirt sporting a Confederate flag over his girth. “This guy messin’ with you?”
Yeah, he was messing with her all right. Air. She needed air. She locked eyes with Nick. His were blue and crystalline, as placid as they’d been stormy. He reached around his neck to finger a shiny stone the green of spring grass, nestled under his collar on what appeared to be a thin leather strap.
It glowed with ember-like intensity. She watched, fascinated.
I-279 South, idling engines, the car radio somewhere behind her booming its bass—all of it receded like floodwater after a storm.
Libby stood on the porch of the cabin she and her father rented for a week every summer. He came around the corner, fairly glowing. Pink with health. Dad. He slung a fishing rod over his shoulder and winked. “Let’s go catch us a mess of crappies.” The creek, ten feet away, rushed over rocks and fallen trees, its path clear, sure. The sun warmed her face and the air soothed her. She breathed in the scent of earth, burgeoning with spring.
She blinked. Snippets of music and phone conversations littered the highway around her. Libby gaped, unable to speak, like she’d shot down a hill on a roller coaster and banked the curve of the next.
Nick said nothing, his eyes still locked on hers.
Ford Truck shot him a dirty look, then clambered over to her side of the car. “Lady, I said, you okay?” he yelled.
Shaking, she lowered her window, not sparing him a glance. “Yeah, yeah, I’m okay.”
“You sure?”
“Yeah.”
Muttering something about the country going to hell in a handbasket, Ford Truck stomped back to his pickup and climbed inside.
Still staring at Nick, she clung fast to her resolve before it escaped her. Reaching across the seat, she yanked on the handle, and pushed open the passenger door.
“Get in.” 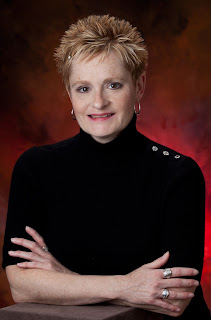 A sucker for a happy ending, Rebecca writes the kind of stories she loves to read—those featuring authentic, edgy and vulnerable characters, smack dab in the middle of action that explodes from page one.

Raised on a down home blend of Johnny Cash, Jack London, Sherlock Holmes, the Steelers, and all things small town, Rebecca feels blessed to have grown up in a close knit, fun loving and artistic family. Her mother, a voracious reader and scratch cook, and her father, an entrepreneur, English teacher and lover of literature, taught Rebecca and her brother to work hard, aim for the stars, and live life.
With music, books and laughter as constant companions, she grew up working, cooking and eating in the family’s restaurant business. A certified book and hoagie junkie, Rebecca thrives on live music, mysteries and the outdoors.
She’s a cheddar enthusiast, lover of cats, teddy bears, hot coffee, cold beer, thunderstorms, the blast of a train’s whistle, the change of seasons, country roads, woodpeckers, spoon rings, cool office supplies, and the Food Network.
Careers, past and present, include freelance writing, accounting, mother, problem solver, doer and head bottle washer.
Rebecca is a member of the Three Rivers Romance Writers, a PAN member of the Romance Writers of America (RWA), and is honored to serve as a judge for several writing contests each year.
For more info, news and updates about upcoming releases, sign up for Rebecca’s newsletter!
Want to know more about Rebecca?
Website | Facebook | Twitter | Amazon | Goodreads | Pinterest