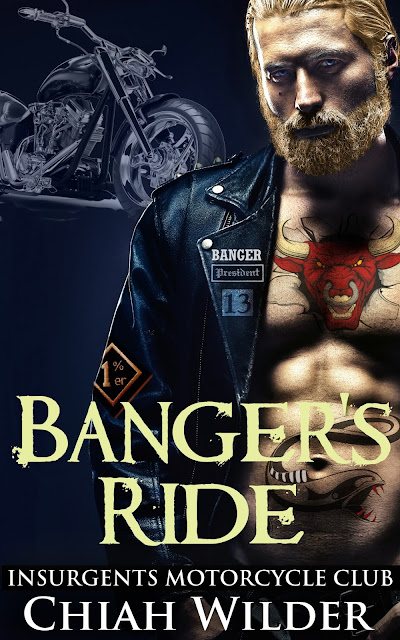 Banger, President of the Insurgents MC, isn’t looking for a woman to replace his beloved wife. Ever since she died, he’s closed his heart to loving again. He satisfies his carnal pleasure with the club girls and hoodrats. It’s safer that way.


The President of the national club may have sparkling blue eyes and an infectious smile, but make no mistake, if someone crosses him or his club, he’d slit their throat in a heartbeat.
Set in his ways, tough, tattooed, and a no BS-type of man, Banger is doing just fine until he meets the sassy, curly-haired, single mom who can cook the best fried chicken he’s ever tasted.
He can’t get enough of her cooking…or her.
For the first time since he’s been widowed, he wants a woman in his life warming his bed.
And the no-nonsense woman, who has a body made for sinning, has turned his world upside down.
Belle Dermot is a widow with two kids whose husband left her penniless. Wanting a fresh start, she moves to Pinewood Springs and takes a job at the local diner cooking tasty, home-cooked meals.
After finding out her husband was a cheating louse, the last thing she wants is another man in her life. She has her hands full with a rebellious teenage daughter, paying the bills, and fending off nasty accusations that she poisoned her husband.
Then she meets Banger, the muscular, handsome, and rugged biker who comes crashing into her life.
If only he wasn’t so nice to her and didn’t get her all hot and bothered. And why did he have to be so damn good in bed?
As hard as she tries to push him away, he keeps slipping back into her life, helping her with her problems. And Banger’s not the type to let go once he decides on something. And he’s decided to make Belle his. Now, he just needs her to agree to be his woman…
The Insurgents MC series are standalone romance novels. This is Banger and Belle’s love story. This book contains violence, sexual assault (not graphic), strong language, and steamy/graphic sexual scenes. It describes the life and actions of an outlaw motorcycle club. If any of these issues offend you, please do not read the book. HEA. No cliffhangers! The book is intended for readers over the age of 18. 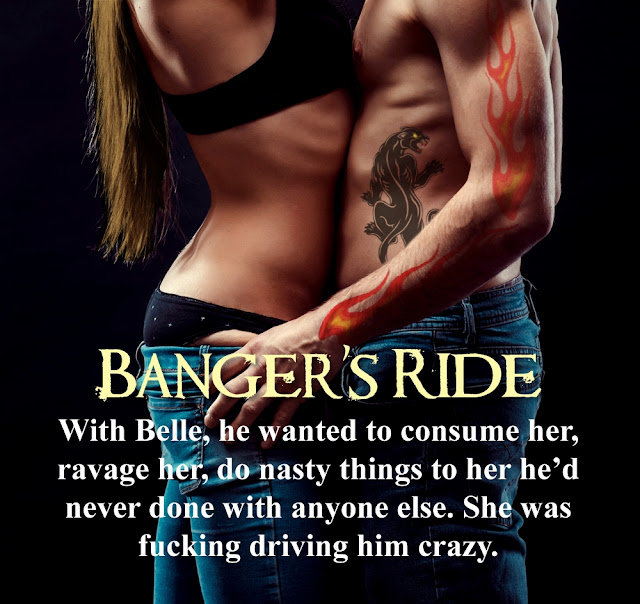 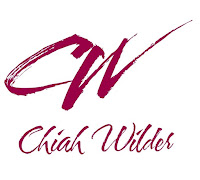 Chiah Wilder is the author of Hawk’s Property, the first book in the Insurgents MC Series. It is a full length, standalone novel. Its release date is set for October 27, 2015.
Always a lover of books, she began writing at a young age and continued through college with collections of short stories. Figuring she had to grow up and get a “real” job, her writing was placed on the back burner.
Her love of reading has always be center front in her life. Chiah’s love of bad boys both in and out of fiction has inspired her Insurgents series. She loves an alpha male whose softer side is brought out by a passionate, spirited woman. In fiction there are no rules or boundaries, and fantasies can go as far as the characters want to take them. Steamy, biker romances with rough, sexy bad boys are her guilty pleasure along with brownies, cheddar cheese, and movie marathons.
Returning to writing has been a dream come true. Writing and publishing Hawk’s Property has been an amazing journey, and she is happy to share the Insurgents family with her readers. She is busy writing her next book in the series.
Chiah would love to hear from you. You can contact her at: chiahwilder@gmail.com

a Rafflecopter giveaway
HOSTED BY: