Robena Grant will be awarding a $20 Amazon/BN GC to a randomly drawn winner via rafflecopter during the tour. Please visit GoddessFish.com to follow the tour, remember the more you comment better your chances on winning. 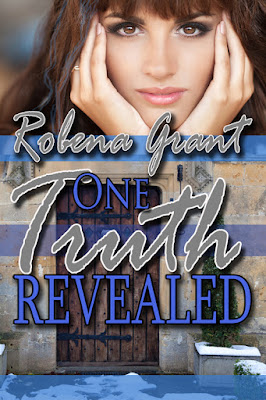 At thirty-five-years of age, and with pressure from her adoptive mother, Lina Bright is ten days away from undergoing Artificial Insemination in London. She doesn’t need a husband. She travels to Oldcastle to meet her biological mother, a spinster who runs a village teashop. To keep her mother’s secret, but determine her father’s identity, she creates the cover of scouting for property to start a new school.

A bachelor at forty, Drew Compton is an English Professor in Oxford. Diagnosed with “poor swimmers” his fiancée left him. He plans to live out his life alone, with his books. Disliking his mother’s secrets and controlling ways, he seldom returns to Oldcastle. But a chance meeting has him intrigued. Who is this chic Londoner?

As Lina’s plans for a school become a reality, romance blossoms, but roadblocks ensue.

Will Lina and Drew trust in each other to overcome the difficulties and create a future together?

Heat. She craved his heat. Her arms encircled the back of his neck, pulled his face tighter,
closer, her lips tingled and begged to be crushed harder.

“Lina,” he whispered, his breath fanning her cheek. Then he took her mouth possessively.

She almost couldn’t remain standing. “Again,” she murmured. The headiness of his kisses, the heat swirling in her belly, the weakness in her knees, had her pressing even closer. Their tongues met, tangled in a mating dance she’d rarely experienced. Everything about this man spelled permanence. The girls below shouted, “Keep him, we want him.” Dazed, she pulled away, took in a deep breath, and refocused.

If she didn’t keep her wits about her she’d be dragging Drew into the shelter of the ruins and having her way with him. Could this castle be a magic place? Did it encourage romance, and illicit rendezvous? Rendezvous? Oh, blast it; she couldn’t get involved. There were nine days left until her expected ovulation. She’d chosen her sperm donor. She’d committed to doing this, and had an appointment scheduled with a London clinic. That’s why she had to go back.

Drew rested his forehead against hers. “Everything okay?”

Lina Bright is ten days away from undergoing Artificial Insemination in London. She doesn’t need a husband. Since her Mum is pressuring her, she travels to Oldcastle to meet her biological Mother under the guise of opening up a school there. Annie a spinster runs the village tea shop, Lina will keep her mothers secret while trying to find out more about her Father.Enter Drew Compton who at 40 is still a bachelor, determined to remain so alone with his book. He hates his mothers secrets so he seldom returns to Oldcastle. But a chance meeting with Lina leaves him intrigued and puzzled about this woman from London. As Lina’s plans for a school become a reality, romance blossoms, but roadblocks ensue. Will Lina and Drew trust in each other to overcome the difficulties and create a future together?This is also where one finds out how lies and secrets can come back and hunt you, things to surface and will Lina and Drew get through all of and find the happiness they both deserve, well as much as I would love to keep going, I can't I can't give the plot away, its a fantastic story, well writen that dragged me into their lives, the characters were fantastic.I received a free copy for my honest review! 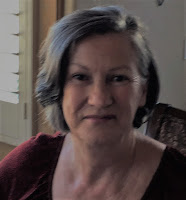 Robena Grant was born in Australia, now lives in Southern California, and considers her two amazing adult children her greatest achievement. Everything else is gravy. She writes romantic suspense and contemporary romance, and has eight novels published. Robena enjoys writing, reading, travel, and socializing. Contact her: www.robenagrant.com, follow her on Goodreads, Facebook, Twitter. One Truth Revealed is book #2 in the English Village Series, it is now available for pre-order at Amazon: http://amzn.com/B0714BRTBW It will release 7-14-17 everywhere eBooks are purchased, and in print at www.thewildrosepress.com and www.amazon.com.